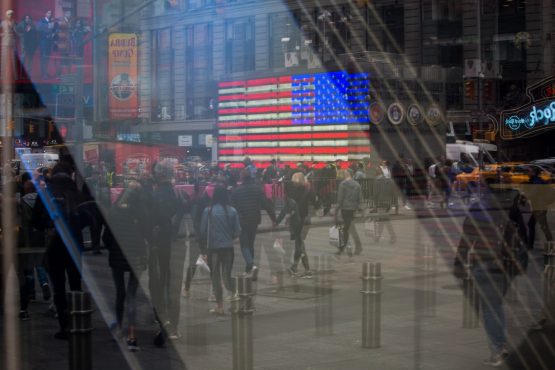 A disconnect between the growth in financial market size over the past decade and the capacity of banks to take on risk could exacerbate any sell-offs, says Morgan Stanley. Picture: Michael Nagle, Bloomberg

A combination of low liquidity and high complacency mean cross-asset volatility won’t stay at historic lows for much longer, according to Morgan Stanley.

“There are still two things that argue against the current levels of volatility being correct or sustainable,” cross-asset strategist Andrew Sheets said in an interview Friday. “The first is that market liquidity is still not great. The second: I’m not sure that the market in its newfound optimism has taken the story to the logical conclusion” about where asset prices are headed, he said.

Price swings in currencies, bonds and other asset classes have slumped amid a dovish shift from global central banks, increased economic stimulus from China, and easing trade tensions. The Cboe Volatility Index has fallen over 50% this year, and closed Friday at the lowest level in six months. Bank of America Corp.’s MOVE Index, a gauge of volatility in Treasuries, is heading back toward its record low reached in mid-March. A disconnect between the growth in financial market size over the past decade and the capacity of banks to take on risk — which hasn’t kept pace — could exacerbate any sell-offs, according to Sheets. Complacent market participants who equate a Federal Reserve on hold with low volatility is also an issue, and big price moves could soon surprise, he said.

“If the Fed stays dovish and the data weaken, volatility will go higher,” he said. “If the data pick up and central banks are effectively saying we’re not going to tighten in the face of improving data, wouldn’t that generate a lot more risk-taking behavior? And that would be volatile too.”

A number of strategists have also voiced concern over the impact of low liquidity. Goldman Sachs Group’s John Marshall and Rocky Fishman warned in December about the risks of falling volumes and market depth. JPMorgan Chase & Co.’s Marko Kolanovic expressed concern this month about the negative feedback loop between volatility and liquidity.

Investors may have gotten into the habit of selling volatility, which could be keeping some measures of it lower, according to Sheets. The strategist views 2007 as a cautionary tale for anyone who sees the world of low price swings as a time for complacency — that year too you had a very flat yield curve and low implied volatility.

“The way the market explained that dynamic was, the Fed has stopped hiking and is now going to keep policy stable and will be for a while, and the economy’s a little soft,” he said. “That’s not how things transpired.”