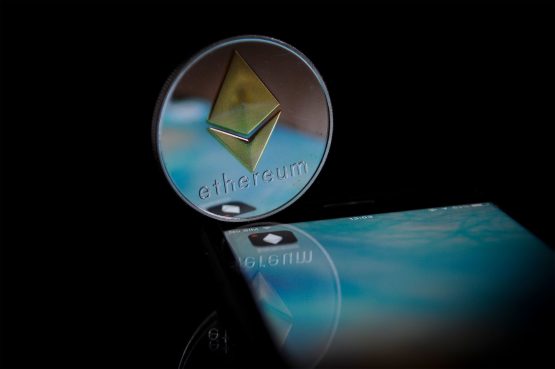 The record-setting rout in cryptocurrencies has put a slew of decentralised-finance applications and their communities in a race to protect themselves against a cascade of liquidations — sometimes by employing unprecedented measures.

On Sunday, token holders of Solend, a lending app on the Solana blockchain, voted to temporarily take over a large user’s account that faced the threat of a large liquidation, an extreme move for DeFi that appears to be a first. A day earlier, MakerDAO, an app that supports stablecoin DAI and is run by a crypto community that formed one of the first decentralised autonomous organisations, suspended the token from being deposited and minted in DeFi crypto lending platform Aave.

DeFi apps — in which users can trade, borrow from and lend to each other without intermediaries like banks — are suffering because they tend to be interconnected, and troubles in one can have cascading effects on others. Users often put up tokens as collateral to borrow a coin in one app, to be deposited to get higher yields into another. When crypto prices tank as has happened recently, that can trigger margin calls on collateral, and users that don’t address this by adding more collateral get liquidated in a process triggered by software and executed by bots designed for this purpose.

When a user is ready to be liquidated, these bots — run by third-party programmers and traders — jockey to liquidate the positions so they can earn a bonus for doing so, a common practice in DeFi. As many bots compete to liquidate a position, that can clog a blockchain with transactions. Meanwhile, a dump of a slew of coins by liquidators can also further pressure token prices, prompting another cascade of liquidations. By stepping in, DeFi communities are trying to avoid all of this.

“A lot of DeFi protocols are reducing counterparty exposure during this volatile time,” said Paul Veradittakit, a partner at Pantera Capital.

The DeFi apps’ communities are also rallying to make sure their apps don’t get damaged by things like bad debt: If a liquidator can’t sell illiquid tokens, or if the tokens’ prices collapse as they are being sold, the apps can end up being held responsible for reimbursements.

In the case of Solend, holders voted overwhelmingly in favor of a proposal to take over a large user’s account temporarily after the app reached out to the user to no avail, bringing the threat of a massive liquidation closer. Should a rash of bots start competing to trigger the liquidation, the proposal stated, “this could cause chaos, putting a strain on the Solana network.”

By taking over the account, the Solend team could attempt to liquidate the position in such a way that the liquidated tokens’ price is less affected, through an over-the-counter sale with a specific buyer. It’s assumed the owner of the account that’s been taken over would benefit from any coin sale proceeds upon liquidation. But the move is highly unconventional, breaching the norms of DeFi and causing some on Crypto Twitter to bristle. And a single crypto address accounted for the lion’s share of tokens that voted for the proposal, seemingly undercutting to some the idea of “community” espoused by DeFi.

So someone had the bright idea that, instead of doing what the contract says, they will **take over the position of the whale, and liquidate these coins manually through an OTC desk**. This is unprecedented.

Most DeFi apps are governed by their token holders, who can put forward and vote on proposals on how to change or improve the app. Typically, proposals can involve creating a new product, or changing an app’s fee structure. Until now, most people assumed that a proposal to take over someone’s account wasn’t a possibility in DeFi, which attracts some users in part because it can protect them from overreach by a traditional financial business or a tyrannical government. With Solend’s situation, that assumption may be out the window — although its vote may sour anyone new from joining the community.

Could another DeFi realistically pull off something similar? At many of them, a handful of token holders hold the majority of the coins, and can influence or even control the outcome of votes. So technically, voters of other apps could implement a similar proposal — though it may cause a public outcry as well.

Solend’s move comes a day after MakerDAO, an app that supports stablecoin DAI, suspended the token from being deposited and minted in Aave’s crypto lending platform because of Aave’s exposure to a troubled derivative of Ether called stETH, which has become illiquid. The suspension prevents traders from borrowing DAI against stETH. On Aave’s governance forum itself, users are hotly debating how to reduce the risk from stEth, which DeFi risk tracker Gauntlet says “may pose further risk to the protocol.”

DeFi apps’ pain was triggered after centralized crypto lenders Celsius Network and Babel froze deposits, and the rumored collapse of fund Three Arrows Capital, which sent crypto prices down in the double digits over the past seven days. Celsius worked with many DeFi apps to earn high returns. About 30% of all stEth stuck on Aave, for example, is from Celsius, according to researcher Novum Insights. Three Arrows Capital, meanwhile, was an investor in Lido, which issued stETh, and is debating a change in how it’s governed.

As tracked by DeFi Llama, the total value locked in DeFi, the amount of crypto in use on apps, has plunged to $70.6 billion from $205.7 billion on May 5, just before the Terra blockchain’s implosion set off the year’s biggest crypto crisis so far.© 2022 Bloomberg