The deal would also require the approval of regulators and counter-parties of Bollore Africa Logistics.
By Ania Nussbaum and Christopher Jasper, Bloomberg 21 Dec 2021  11:18 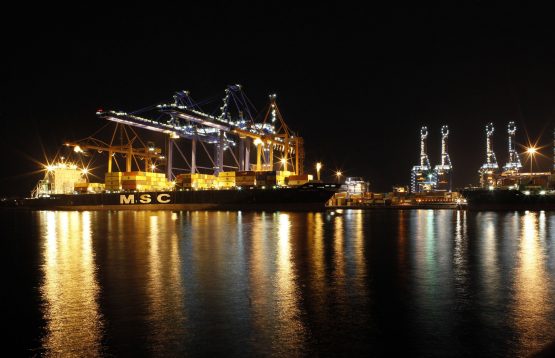 Geneva-based MSC has been granted exclusivity until March 31 to put forward a formal bid, Bollore, the Paris-based group founded by the family of French billionaire Vincent Bollore, said in a statement Monday.

The French transportation and media conglomerate had appointed Morgan Stanley to seek buyers for Bollore Africa Logistics, Le Monde reported in October, when it suggested that Denmark-based A.P. Moller-Maersk A/S, the world’s No. 1 container shipper, and rival CMA CGM SA of France were interested in bidding.

The unit generated 2.1 billion euros in revenue last year and would be valued at between 2 billion and 3 billion euros, the newspaper reported at the time.

Bollore said in its statement that a sale would take the form of MSC submitting a put option that Bollore could exercise after consulting with employees and completing an internal reorganization.

The deal would also require the approval of regulators and counter-parties of Bollore Africa Logistics.

The logistics division is Africa’s biggest player in the sector, with almost 21 000 employees in 49 countries, according to the group’s website.

The business is active in 42 ports, including 16 container terminals, seven roll-on, roll-off ferry ports and two wood terminals. It also has a network of 85 maritime shipping agencies and operates three rail concessions.

Container lines have enjoyed their most profitable year ever in 2021 as the Covid-19 pandemic boosts demand for goods and puts pressure on supply chains, spurring oceanic-freight rates to record levels.