Urging employees in an email to make and sell as many electric cars as possible before September 30.
By Dana Hull and Josh Eidelson, Bloomberg 21 Sep 2020  08:37 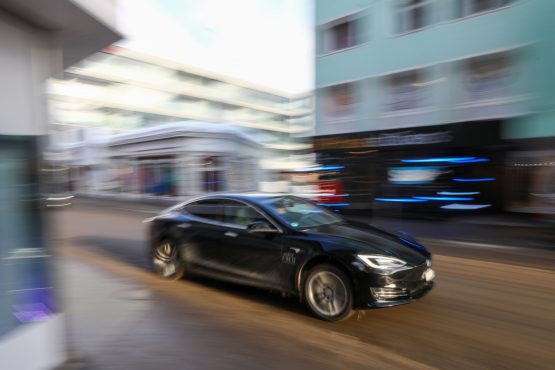 Tesla Chief Executive Officer Elon Musk is rallying the troops as the end of the third quarter nears, urging employees in an email to make and sell as many electric cars as possible before September 30.

“We have a shot at a record quarter for vehicle deliveries, but will have to rally hard to achieve it,” said Musk in an internal email Sunday in the US that was seen by Bloomberg News. “This is the most number of vehicles per day that we’ve ever had to deliver.”

Tesla makes the Model S, X, 3 and Y at its automotive plant in Fremont, California, and the Model 3 at its gigafactory in Shanghai. The company is scheduled to hold its annual shareholder meeting on September 22 and its first-ever so-called ‘Battery Day’ for investors.

Tesla representatives in the US didn’t immediately respond to requests for comment outside of normal business hours. A Tesla China representative declined to comment.

“Please consider vehicle deliveries to be absolute top priority,” Musk said in the email, which was titled ‘All hands on deck!’. “It’s also extremely important that we keep factory output as high as possible over the remaining 10 days. This is vital for the California market.”

Musk, 49, has made a habit of sending end-of-quarter staff emails to urge productivity as well as to send a signal to investors. Tesla delivered a record 112,000 vehicles in the fourth quarter of 2019 before the coronavirus pandemic dented consumer spending on big-ticket items like cars.

The company hopes to deliver half a million vehicles in 2020, and has delivered roughly 179,000 through the first half. Blog Electrek reported on the internal communication earlier on Sunday.

Tesla plans to ship China-built Model 3 cars made at its Shanghai factory to other countries in Asia and Europe and will likely start mass production of those vehicles in the fourth quarter, people familiar with the matter said earlier this month.