We are just slowing down the (black) empowerment that we want to achieve, says the country’s mines minister.
By Reuters 25 Apr 2018  07:08 Diamond and uranium producer Namibia may scrap requirements for black ownership in the mining sector as it seeks to woo investors to an industry that is rebounding with the commodities cycle, its new mines minister said on Tuesday.

Regional peers such as Angola and Zimbabwe are also trying to kickstart their mining sectors by easing investment rules at a time when other African countries such as DRC are embracing resource nationalism and hiking taxes and royalties.

“I am not going to withdraw them (black ownership requirements) unilaterally, obviously we first have to discuss and see if they are really serving the purpose of why they exist. If the answer is, they don’t, then maybe we should change,” Mines Minister Tom Alweendo told Reuters.

“To give exploration licences to many people who won’t add value, I think we are just slowing down the (black) empowerment that we want to achieve at the end of the day,” he said.

Under the current policy, there must be a minimum 20% representation of historically disadvantaged, or black Namibians, in the management structure of a company that applies for an exploration licence.

Namibia gained its independence from South Africa in 1990 and the former German colony suffered from apartheid-style rule with the white minority controlling most of the economy.

The disparities rooted in this state of affairs remain politically thorny issues in both countries.

South Africa’s mines minister will appeal a court ruling that held that mining companies did not have to maintain black ownership targets in perpetuity, the Department of Mineral Resources said on Tuesday, adding an unwanted layer of policy uncertainty in the world’s top platinum producer.

As a matter of logic , it is impossible for a company , to keep on replacing shares sold by BEE shareholders on the open market , by issuing new shares to a replacement group of BEE shareholders , and in addition to provide funding for the purchase price of the new shares each time . The dilution of the company share value , will continue forever , and investors will simply stop investing in such companies . Another unrealistic socialist experiment . It simply wont work .

What the Namibian (same goes for most African countries, with the exception of ZA and in certain cases Botswana) government also needs for economic expansion, is to return to its legislative framework, and simply scrap any and all restrictions that may impede on any affirmative investment in any sector in their country; including the restriction on the foreign ownership of land, and in particular, the condition of a 51% local ownership requirement thereto …

No sane investor I know of (including myself) would dare invest in an environment that curtails my unfettered access to simple, and absolute fee simple title to my investment… (or worse, have a government prescribe a local shareholding quota on me).

My investment is my risk … I refuse to be curtailed by any legislative framework that could either impose an unknown factor in my potential investment, and equally, relegate a potentially capital intensive investment to leasehold, with a local shareholding impost.

There simply exists … for almost everyone I converse with … zero possibility for creating an attractive investment environment when the very very identification of an opportunity is fraught with restrictions, imposts, and limitations on the unfettered ownership of such investment.

Which … as an end note … is a point South Africa needs to be aware of ; considering that it is considering such frameworks, or has such quasi-frameworks in place. 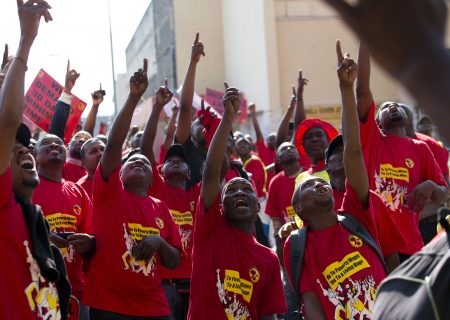