Next Africa: Ramaphosa takes on the unions 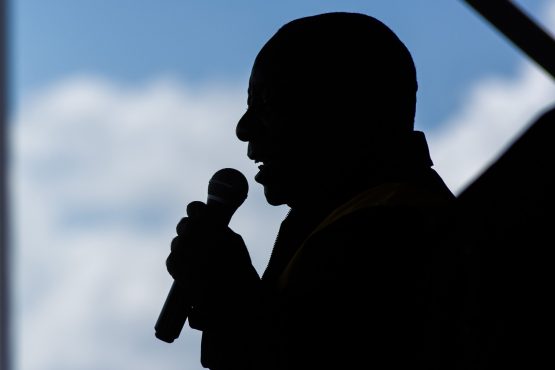 South Africa’s powerful labour groups supported Ramaphosa’s rise but they’re standing in the way of choices needed to save the crippled state companies threatening the economy.

“Until we see the wolf with the prey in its jaws, we aren’t going to believe it. We have got to have a Thatcher moment and we may well have that in the next 48 hours,” said Andrew Levy, whose company advises on labour relations and monitors industrial action. “It’s a huge test for government and if they fudge it, it will show they don’t have the political will.”

Empire’s end | The UK is under international pressure to give up its last African colony, the remote Chagos Islands in the Indian Ocean that it excised in 1965. The UK has since kept the islands free of inhabitants, except for a US military base. A six-month deadline for withdrawal endorsed by the United Nations General Assembly expires on November 22.

Debt sale | Senegal plans to sell as much as 800 million euros of offshore bonds next year after yields on its debt fell to a record low. Proceeds will go toward new infrastructure and to offset debt incurred by the state power utility, Economy, Planning and International Cooperation Minister Amadou Hott told Bloomberg.

Miners sign | South Africa’s biggest platinum-mining union announced it would sign a wage deal with the largest producers, but postponed the event just a few hours later. The union then said it would seal the agreement Friday, soothing fears of a supply disruption. Platinum-group metals are one of the country’s key exports.

Big spender | Ghana will increase spending by a fifth next year and plans to raise as much as $3 billion in international markets. The country is preparing for an election in 13 months and investors have been looking for signs of excessive spending. Finance Minister Ken Ofori-Atta pledged to maintain fiscal discipline. Zambia’s kwacha slumped to the lowest level since May against the dollar as electricity shortages weighed on the economy. The country’s 2027 Eurobond yield climbed to the highest since August.
Lusaka stocks are the second-worst performing market in the world this year in dollar terms.

Nigeria, which has a worsening plastic bottle waste problem, much of it generated in its commercial capital of Lagos, is enlisting big beverage companies to help. Regulators, sustainability groups, and representatives of companies including Coca-Cola, Nestlé and PepsiCo met in October to hash out a standard allowing drinks companies to package products in recycled PET (polyethylene terephthalate). Boosting demand for rPET, which would likely be more expensive than virgin plastic, would encourage investment in recycling operations.

Don’t know where and how he is “taking on the unions” As far as I know he has not said a word.

He wont either. They will have his guts for garters. (Good luck to the ones looking for the guts)

Don’t hold your breath. This guy thrives on telling everybody what they want to hear.

Do you think he will confront them? You have no idea what you are talking about.