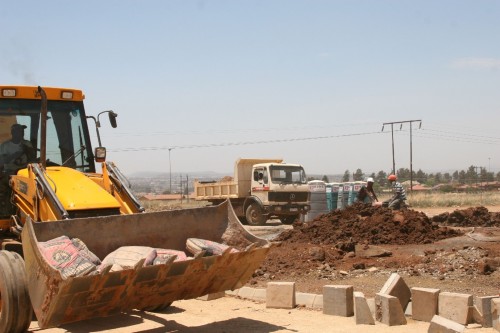 Africa’s richest man, Nigerian Aliko Dangote, said on Monday he would build a cement plant in Zimbabwe, a major boost for the southern African country that is desperate for foreign investment.

He was also due to meet Zimbabwe President Robert Mugabe.

He said the plant would produce 1.5 million tonnes of cement a year but did not say how much it would cost to build. If government permission is given, construction will begin in the first quarter of 2016.

The government has halved this year’s growth target to 1.5%, blaming a scorching drought that has hit the key agriculture sector.

Zimbabwe has been struggling for five years to recover from a catastrophic decade of contraction that was marked by billion percent hyperinflation and widespread food shortages, and some analysts say Zimbabwe could tip back into a downturn this year.