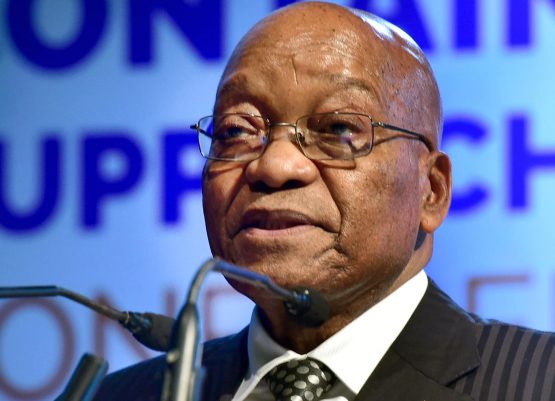 South Africa’s National Prosecuting Authority (NPA) said on Monday it had extended the deadline for President Jacob Zuma to submit arguments on why he should not be prosecuted for corruption to the end of next month.

The 783 charges against Zuma relate to a R30 billion ($2.20 billion) government arms deal arranged in the late 1990s. They were filed but then dropped by the NPA shortly before Zuma ran for the presidency.

South Africa’s High Court reinstated the charges last year and the Supreme Court upheld that decision in October, rejecting an appeal by Zuma and describing the NPA’s decision to set aside the charges as “irrational”.

It then fell to Abrahams, appointed by Zuma as chief state prosecutor in 2015, to decide whether or not the NPA would pursue a case against Zuma.

Abrahams gave Zuma until the end of November to make representations to prevent the charges being brought against him. Abrahams has not commented on whether Zuma presented any submissions of what decision he has taken on the matter.

“They must submit their representation on the 31st of January,” said NPA spokesman Luvuyo Mfaku, referring to Zuma’s lawyers who requested an extension from the November 30 deadline.

Last week the High Court ruled that Zuma’s appointment of Abrahams as state prosecutor was not valid and should be set aside immediately. Zuma said he would appeal the court’s ruling.

Mfaku said Abrahams would remain in office until the appeal is determined.

Why bestow time extensions on someone who has blatantly abused the judicial system by manipulating the calander that is available – for years?