‘Nuance and shades of grey’: ESG pro sees debate over what it is 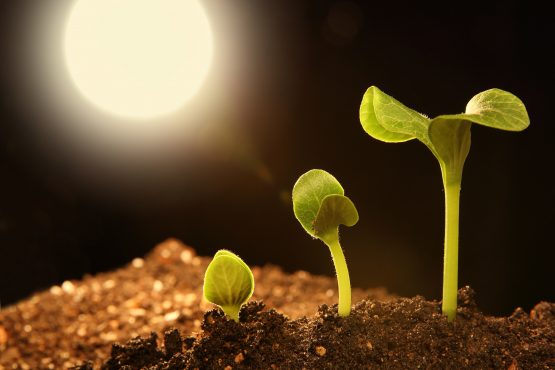 To Steve Lydenberg, who has spent almost half a century analyzing how companies impact people and the planet, decisions by socially responsible investors about whether to back businesses in autocratic nations such as Russia aren’t so cut and dried.

While condemning Russia’s invasion of Ukraine, Lydenberg said social investing is first and foremost about allocating money to companies, not countries. And what’s key is the nature of those businesses— whether they’re selling things like food and medicines to the general population, or supplying key components to a military that’s enacting abuses, he said.

Socially responsible investing is rife with subtleties that make determining which sovereign states are good and bad “a problematic exercise,” Lydenberg said. “There’s no way of doing it without nuance and shades of grey,” said the 76-year-old industry pioneer.

Lydenberg’s comments come amid criticisms of funds that touted their use of environmental, social and governance data while devoting billions of dollars to Russian government bonds and companies before the country attacked Ukraine. Philippe Zaouati, who runs sustainable investor Mirova, which manages $30 billion, said ESG fund managers need to stick to democracies, and avoid autocracies. “There is no responsible investment if there is no democracy,” he said in an interview last week.

Lydenberg is part of an early cohort of investors who sought to do good by avoiding companies that harm society and invest in those that are improving their business practices. It’s morphed into an approach that measures ESG risks to help protect investments, with Wall Street now marketing a range of offerings that closely track various benchmark indexes. And there are differences in the different strategies that fall under the umbrella known as sustainable investing.

While most of the $2.7 trillion sustainable-fund industry steered clear of Vladimir Putin’s regime, ESG funds had about $8.3 billion invested in Russian bonds and stocks— mostly via passively managed index funds— before the country invaded Ukraine two weeks ago, according to data compiled by Bloomberg. 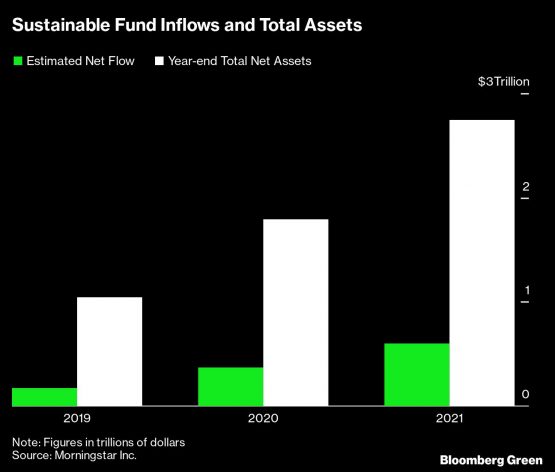 Lydenberg said it would have been wrong to invest in Russian bonds where proceeds have gone to helping pad the coffers of Vladimir Putin’s government. He said he uses a tool created by academics at Germany’s University of Wurzberg, which scores nations on issues such as political freedoms, equality and rule of law. The university ranks 176 nations based on whether they’re “working democracies” like Denmark and Norway or “hard autocracies” like Eritrea and North Korea. Russia places in the bottom quartile as a “moderate autocracy.”

Still, Lydenberg said investors aren’t meant to act as peacekeepers. “The business of bringing conflict to an end is up to the governments involved,” he said.

Lydenberg’s views jibe with those of socially responsible investors including Rachel Robasciotti, founder of Adasina Social Capital, who said it’s important that investors differentiate between companies and the countries in which they operate. The investor owned shares in a Russian telecommunications company before selling the stake last month.

Back in the 1960s and ‘70s, Lydenberg was galvanised by the anti-Vietnam War movement, consumer boycotts and efforts to end apartheid in South Africa. He started out in 1975 working for a group called the Council on Economic Priorities that analyzed companies’ social and environmental footprints. He took what he learned and, in 1990, co-founded KLD Research & Analytics Inc., which created the first index that ranked U.S. companies on social and environmental factors. Through a series of deals, KLD eventually became part of MSCI Inc., the biggest provider of ESG ratings.

Lydenberg, currently a partner at Domini Impact Investments and co-founder of an advisory firm that promotes systems-level investing, said that in the end, socially responsible investing in the equity markets is about evaluating companies’ business practices.

“You’re trying to set the standards of behaviors that create value, so you’ll have stable economies, environment and societies in which investors can make money,” he said.