The workers trapped in the mine in Saskatchewan, Canada are said to be safe.
Ashley Robinson, Bloomberg 4 Jul 2019  11:04 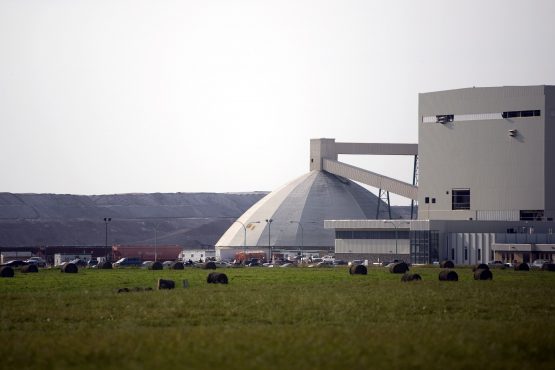 Potash looms over the horizon near Potash Corporation of Saskatchewan's Cory mine in Saskatoon, Saskatchewan, Canada. Photographer: Geoff Howe, Bloomberg

Workers at Nutrien’s Cory potash mine in Saskatchewan have been stuck underground since Tuesday afternoon, but are safe.

The 34 maintenance workers became trapped underground after the service shaft stopped operating, Will Tigley, a spokesman for the world’s largest crop-nutrient supplier, said by email.

“Our teams are making the necessary arrangements to bring the workers to the surface as soon as practicable,” Tigley said.

The Cory mine isn’t currently producing potash, and is in its summer maintenance period. With the mine out of production it won’t affect the global potash supply.

Nutrien shares closed down 0.4% in Toronto.

“Most people are sort of familiar enough with these types of incidents to know that potash mines prepare for this,” Alexis Maxwell, research director for Bloomberg Green Markets, said by telephone.

Earlier this year, workers at Nutrien’s Allan potash mine in Saskatchewan were stuck underground after an overnight fire. The 63 workers were brought to ground safely the next day.

Read: Death toll rises to 43 at Glencore mine in Congo after collapse

Across the globe, there are have been several incidents of mine accidents and workers being trapped this year. Last month, Glencore  said at least 19 illegal miners were killed when part of a mine collapsed in the Democratic Republic of Congo. In April, 1 800 workers who had been trapped at a Sibanye Gold underground platinum mine in South Africa were safely brought to the surface.