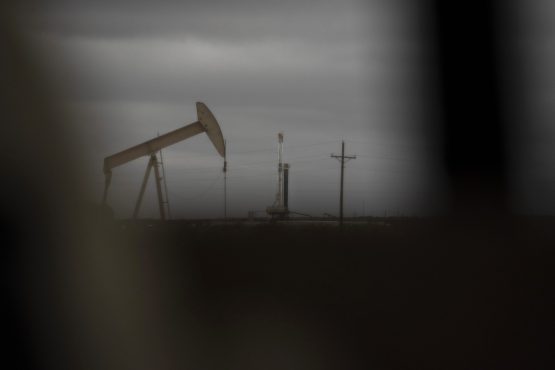 Oil fell toward $40 a barrel as the prospect of a resurgent virus forcing more stay-at-home measures in Europe and the US outweighed a bigger-than-expected drop in American stockpiles.

Futures in New York dropped around 1% Friday and is down slightly for the week. The Energy Information Administration reported a 3.8 million barrel decline in crude inventories and distillate stockpiles fell by the most since 2003, spurring optimism supply in the world’s largest economy is tightening.

Covid-19 is surging in Europe, however, with tighter restrictions being imposed in London and Paris. In the US, cases are spiking again in the Midwest, while applications for state unemployment benefits unexpectedly jumped last week to the highest since August. Adding to the gloomy price outlook, Libyan oil production is said to have reached about 500,000 barrels a day. 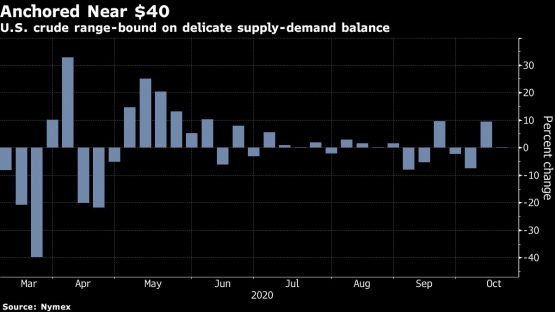 The US election and whether the Organisation of Petroleum Exporting Countries and its allies go ahead with a planned production increase in January are the big questions hanging over the market. OPEC will take stock of the situation at its November meeting and any decision will ensure the market continues to recover next year, said Secretary-General Mohammad Barkindo.

“US demand appears to be recovering better than expected, but Covid fears are still ravaging the world,” said Stephen Innes, chief market strategist at Axi. “The bottom line for oil is relatively straightforward: it’s hard to imagine any scenario in the near term where travel gets back to pre-pandemic levels, even with a vaccine in the pipeline.”

Global oil inventories are currently drawing, but those declines would cease should OPEC+ press ahead with its plan to increase production, according to Gunvor Group Ltd. Chief Executive Officer Torbjorn Tornqvist. “I do suspect that the market is pricing now the likelihood that they will postpone the output increase,” he said in an interview.

Russia’s crude producers are looking to cut activity next year as the pandemic threatens the global demand recovery, according to one of the country’s top three independent oil-service providers. Drilling has been reduced by as much as a third so far this year, and may be cut by a further 20% in 2021, said Vitaly Dokunikhin, chief executive officer at Eriell Russia.

The forward curve for Brent, meanwhile, is showing some strength. The spread between the global crude benchmark’s nearest contracts is at its narrowest since late July, signaling concern about oversupply has eased.