Oil slumps toward $40 in London with demand outlook souring 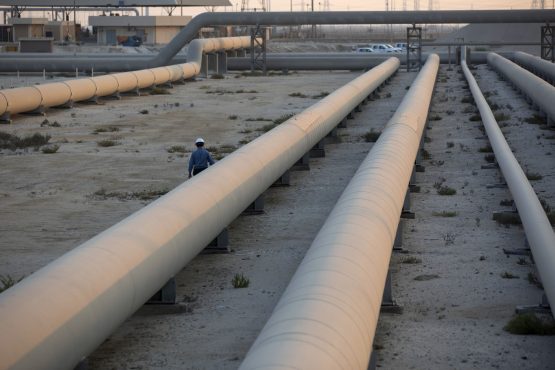 Oil fell to its lowest intraday level since June as signs of faltering demand continue to depress prices and a slump in equities soured market sentiment.

Futures in London slumped toward $40 a barrel, after dropping 1.5% on Monday. Only four of 10 Asian refiners surveyed by Bloomberg said they would be trying to buy more Saudi Arabian crude after the kingdom cut pricing for October as consumption remained below pre-virus levels. Abu Dhabi National Oil Co. also cut prices on Tuesday, the latest response to a sluggish demand backdrop in the world’s biggest oil-consuming region. 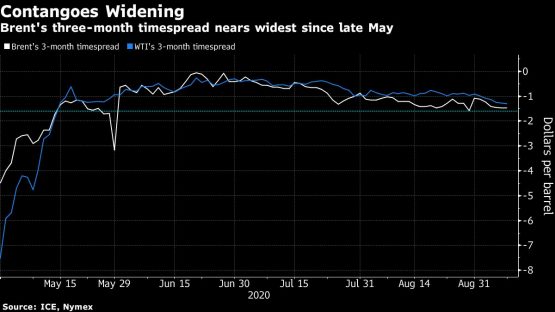 A stalling Asian demand recovery, the end of the US summer driving season and more supply from the OPEC+ alliance are culminating in a bleak short-term outlook for oil prices. Brent’s three-month timespread is nearing the widest contango — where prompt prices are cheaper than later-dated ones — since late May, an indication that concerns about oversupply are returning. Equity markets were also weaker on Tuesday, adding to crude’s losses.

“Today’s oil-price move is a clear sign that the market now seriously worries about the future of oil demand,” said Paola Rodriguez-Masiu, senior oil markets analyst at Rystad Energy AS.

Coupled with concerns over the pick-up in Chinese demand, tensions are rising between the US and the world’s largest importer. President Donald Trump said that he intends to curb the US economic relationship with China, threatening to punish any American companies that create jobs overseas and forbid those that do business in China from winning federal contracts.

A widening contango in both Brent and WTI, combined with a slump in tanker rates, may also be starting to incentivise floating storage. Storing crude at sea has become profitable again for northwest Europe and the Mediterranean, shipbroker and exchange data compiled by Bloomberg show.