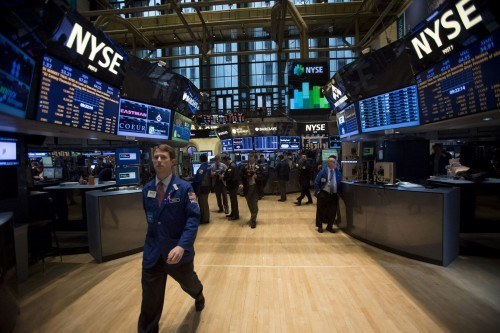 The US stock market isn’t overpriced and may gain as much as eight percent annually over the next three to five years even if there’s an economic setback, Omega Advisors’s billionaire founder Leon Cooperman said Sunday.

“I think the market’s OK,” Cooperman, chairman and chief executive officer of the New York-based hedge fund, which manages $9.5 billion in assets, said on the television program “Wall Street Week.” “It’s not cheap, but it’s not priced to perfection. The bubble is not in the stock market. If there’s a bubble, it’s in the bond market.”

The best US jobs report in five months on Friday eased concerns that the US economy is struggling to regain momentum after a contraction in the first quarter. At 5.5%, May’s jobless rate is almost half the 10% rate in October 2009, four months after the longest recession since the Great Depression ended.

Cooperman, a former partner at Goldman Sachs Group Inc., sees potential value in Citigroup Inc. as commercial lending picks up. He also favors Chimera Investment Corp., a New York- based investor in residential mortgage loans, saying he wouldn’t be surprised if the company raised its dividend next year.

Heading into the 2016 election cycle, Cooperman said he wants Republican presidential candidates to focus on the US economy rather than on divisive social issues such as abortion and homosexuality.

“I’m going to have trouble with any Republican that does not disavow a fixation of social issues,” he said. “The young people today in our country are not grabbed by those issues. So we have to have somebody that’s fiscally conservative, oriented towards fixing the problems in the economy.”

Income disparity and radical Islamic fundamentalism are two of the major challenges facing the US over the next decade, Cooperman said.

“Wall Street Week” is produced by SkyBridge Media, an affiliate of SkyBridge Capital, the fund-of-funds business founded by Anthony Scaramucci. SkyBridge, which sometimes has other business relationships with the shows participants, advertisers and sponsors, pays Fox stations in key markets to broadcast the show and also streams it online every Sunday at 11 a.m. in New York.