‘Open for business’ Zimbabwe has little to show for $27bn

Eighteen months into his rule Emmerson Mnangagwa’s mantra is still not a reality.
By Brian Latham and Antony Sguazzin, Bloomberg 22 May 2019  08:45 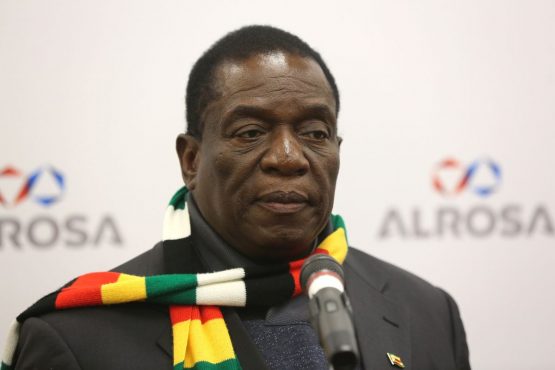 When Emmerson Mnangagwa took over the leadership of Zimbabwe from Robert Mugabe in November 2017, he promised to revive the moribund economy and adopted a mantra he’s repeated regularly ever since — “Zimbabwe is open for business.”

Mnangagwa, always wearing a scarf in the colours of the Zimbabwean flag, quickly set about traversing the globe to woo investment needed to revive the heavily indebted economy. By March, he’d been on at least 30 foreign visits, including trips to the US, Russia, China, the Middle East and the World Economic Forum in Davos.

Together with the enthusiastic support of state media, Mnangagwa and his officials have announced more than $27 billion of planned investment ranging from new platinum mines to steel mills and hydropower dams.

Eighteen months into his rule, he has little to show for it.

The economy is in its most dire state since 2008, when inflation surged to an estimated 500 billion percent. Medicines, fuel and foreign currency are in short supply, prices of basic goods such as bread are surging and the International Monetary Fund has forecast the first economic contraction in 11 years. And many of the investment projects announced by the government haven’t progressed beyond the memorandum of understanding or feasibility stage.

“We are still very confident that the bulk of the investments and expressions of interest will materialize,” said Nick Mangwana, the government spokesman. “Of course there will be those that fail to get finances to invest in Zimbabwe because of the blight of sanctions, and there will be those who also delay whilst they monitor the success of our current reforms, but in the whole we are very optimistic.”

These are some of the biggest projects announced to date:

May 15, 2019: In an article headlined “UK beef giant takes over CSC,” the Herald said Zimbabwe’s state-owned cold-storage company would transfer its cattle ranches and abattoirs to Boustead Beef for 25 years in exchange for it investing $130 million in the company and paying off debts of $42.5 million. ZwNews reported on the same day that the British firm is a “briefcase company” with no history of doing business. There is no record of Boustead on the UK’s companies register.

April 23, 2019: Mines Minister Winston Chitando said an agreement has been signed with China’s Tsingshan Holding Group to build a 1 million-metric-ton per year stainless-steel export facility in the landlocked country, as well as a power plant and a possible lithium mine at a total cost of $10 billion.

April 10, 2019: Deputy Mines Minister Polite Kambamura said a deal had been signed with Russian investors to build a $4 billion platinum mine. The project is struggling to attract finance because potential backers are wary of the stake held by Zimbabwe’s military.

February 19, 2019: A venture between the Zimbabwean and Zambian governments said they’ve shortlisted bidding groups for a $4 billion hydropower plant on the Zambezi River.

November 1, 2018: Mnangagwa told reporters that Invictus Energy had found oil and gas deposits in the country. The next day, Invictus said it hadn’t discovered oil.

May 18, 2018: The Herald reported that South Africa’s Nkosikhona Holdings will build a $5.2 billion coal-to-fuel plant in Zimbabwe. A search of South Africa’s company records shows Nkosikhona has one director and an address in a light-industrial area.

March 22, 2018: Zimbabwe signed a $4.2 billion deal with Karo Resources, a closely held Cyprus-based company, to build a platinum mine.

On April 17, Mnangagwa tweeted that the project is moving ahead and will create 2 500 jobs. On May 15, Tharisa, which has taken a stake in the project, said some drilling has started and the company is awaiting approval of its environmental-impact assessment study.

Zimbabwe has plenty to offer, with a cornucopia of minerals including the world’s third-biggest platinum-group-metal reserves, and some of the best transport infrastructure in the region. Local ownership rules have been relaxed, as has a currency regime that hindered access to dollars.

Still, a disputed 2018 election, in which Mnangagwa retained power, and the violent suppression of protests earlier this year have underscored the country’s instability.

Few companies with a “rational level of risk appetite” will invest in the country in its current state, said Jee-A van der Linde, an economist at NKC African Economics.

The African Development Bank estimated foreign direct investment last year at $470 million, about a third of the $1.1 billion attracted by northern neighbor Zambia and a fraction of the $2.3 billion that flowed into Mozambique, which lies to the east.

For some Zimbabweans, the investment pledges evoke memories of Mugabe, who was prone to announcing mega-deals that didn’t materialise. For example, in September 2017 Mugabe announced plans to revive Zimbabwe Iron & Steel Works, once the second-largest steelmaker in sub-Saharan Africa. The project never got off the ground.

““Mega-deals may be mega-deals, they may be mega-nonsense,” said Joe Chabikwa, who sells potted plants to passing motorists in the capital, Harare. “These days you believe what you see with your own eyes.”

In my opinion, this President is no improvement on the last – he just has to find new investments to rob. Unfortunately he is not dealing with the British and the Americans this time…he’s dealing with China and Russia who wake up a lot earlier than he does!
The sad thing is that they will end up looking South for their redemption and the poor old SA taxpayer will come under even more pressure…..
Perhaps he should be looking to Mugabes stolen wealth in Dubai, Singapore, Malaysia and Hong Kong…or perhaps he’s already sharing it, that’s why Mugabe walked away so easily. Who knows, anything is possible.
Africa? I dunno, I shake my head.

Zim people have burnt their bridges and destroyed the economy in the name of freedom and the struggle against colonialism (aka anything white) and liberated the land in typical Africa fashion. Now they rejoice in their freedom of everything including food, water and money while enjoying their land. The voters have spoken.