The mine, which employs 2,435 workers, needs significant improvements to prevent it being mothballed.
By Paul Burkhardt, Bloomberg 24 Feb 2017  01:08 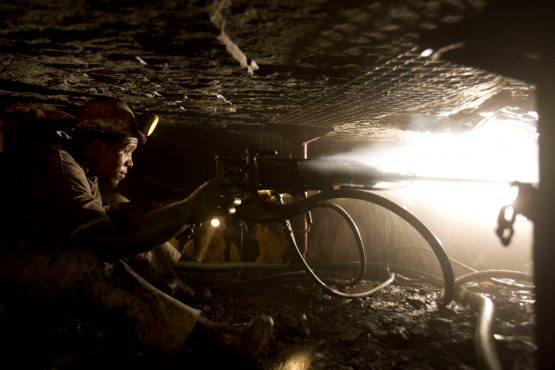 Pan African Resources Plc is considering job cuts at its Evander gold mine that would affect about 80% of employees at the operation, after warning a refurbishment program could take longer than planned and be difficult to implement successfully, according to its biggest labor union.

Pan African notified workers on Tuesday that it could terminate as many as 2,000 jobs, Livhuwani Mammburu, a spokesman for the union, said by phone. The mine, which employs 2,435 workers, needs significant improvements to prevent it being mothballed, according to a notice to employees provided to Bloomberg by the NUM.

Pan African on Monday dropped the most in almost four years after saying it would halt Evander’s underground mining operations for as long as 55 days for refurbishment. The work is needed to ensure safe operations after an employee was killed in an accident on Feb. 15, the company said.

Evander issued the official notice under South Africa labor law, initiating 60 days for talks on potential cuts. The incident this month has put the mine’s “future viability in serious doubt” and means that substantial further capital spending is required, the company said in the notice.

“Unless the mine’s operating costs are materially reduced and the sustainability of its infrastructure is substantially enhanced through the envisaged refurbishment, the mine will need to be placed on indefinite care and maintenance,” it said.

The company plans to spend 40 million rand ($3 million) on the shaft refurbishment and another 60 million rand thereafter, it said in the notice. “We envisage the rehabilitation will take a minimum of two months to complete but may be extended in the face of further engineering challenges.”

The company’s focus in the second half of its financial year will include improving safety and compliance across all operations and resuming underground mining at Evander, Pan African said in a presentation Wednesday. Evander experienced a material increase in government-mandated safety stoppage in the past 12 months, it said.

South Africa’s mining sector has been shrinking in recent years, with almost 60,000 jobs lost between January 2012 and December 2015, according to a presentation last year by the Chamber of Mines, a lobby group for the industry. Sibanye Gold Ltd. Chief Executive Officer Neal Froneman warned earlier this month that 200,000 jobs could be eliminated by 2025 if new technologies aren’t used to extend the life of mines. Amanda Visser / 23 Sep 2020
In countries with low- or no tax, firms must have staff, premises, expenses and activities aligned with the company's nature.
8