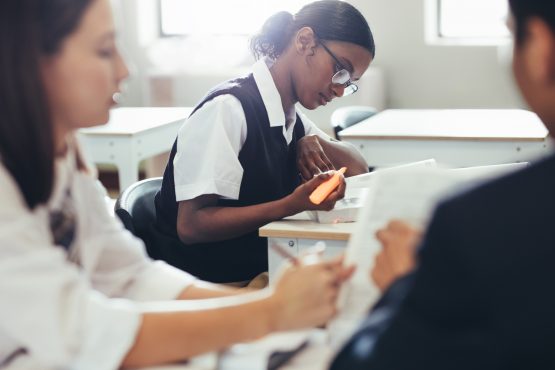 On top of this the bachelor, diploma and certificate passes at the matric level (the final year of high school) create false hopes for learners because they believe that they automatically qualify to study at any university.

I wrote a paper that looked at the mismatch between the weak education outcomes of South Africa’s basic education system – including the grading practice for students in their final year of school – and what’s required of students to transition to higher education.

I argue that the current basic education system and the grading standard produce poor quality learners who mostly do not qualify to study at a university level. In addition, the bachelor pass, diploma pass and certificate pass at matric level create false hope for learners.

My conclusion is that the current government reduced the pass mark to obtain the higher pass rate. The high school education in most countries have a 50% pass for all subjects. But in South Africa the government has successively dropped the final pass rate. For some subjects it is now as low as 30%. Last year learners were given an extra 5% allowance for up to three subjects.

My view is that the government has done this cynically to enable it to use the higher pass rates achieved as part of their campaigning to obtain more votes. This has been at the expense of younger people.

The study applied desktop research methodology and the findings are based on existing literature, empirical and theoretical studies.

I present two main arguments in my paper. The first is that the basic education system produces pupils who don’t qualify to access tertiary education. And the second is that as a result of poor schooling, academically weak students are fed into the higher education sector.

Universities were also designed to racially separate people. The apartheid government system was cruel and declared a crime against humanity by the United Nations.

One feature of the system stood out for me during my research: the way in which pass marks were managed. The system had higher, standard, and lower grades which gave learners options to choose from. Based on those options, the quality of a learner was produced.

Most matriculants with standard and lower grade symbols weren’t accepted in many universities but were eligible for employment opportunities. The system applied to black as well as white students.

There’s a huge a gap between what the high school system produces and what the higher education system expects.

Firstly, learners in the final year of high school are allowed to pass with at least 50% in four subjects, a minimum of 40% for home language, at least 30% in the language of learning and teaching and at least 30% for one other subject.

This is a poor system because it produces students whose academic outcomes aren’t strong enough to allow them to properly transition into higher education..

Universities have foundation programmes that are designed to assist students who don’t meet entrance requirements. These programmes are also called bridging courses. If students succeed with their bridging courses they can proceed and enrol in the desired academic programme.

Another reason that the system is failing universities and students is that only
one-third of students who exit high school qualify to gain entry into the higher education system. The low number of students in South Africa who do qualify to study further at university level is attributed to the weak quality of education they receive while in high school

Some studies has tried to address the issues of transition from high school to the university education. Another prominent factor that contributes to the existing problems is the inequalities in the schooling system.

The pass rate is confusing and isn’t a clear reflection of high school learners’ academic capacities. South African parents need to pay attention. The 30% pass mark is a failure of the high school education system.

The Department of Basic Education is more concerned about the proportion of pupils that pass to make school leavers and their parents happy. A lower pass rate gives them better numbers to crow about. It is doing this at the expense of the quality of education in the country.

We had to make a turn having a dig at the apartheid regime ne !!
Now I will tell you that it produced better outcomes than these ANC cadres ever will !!!!
Put that in your pipe and smoke it to with your legislated green stuff !!!!!!

What it means is that the ‘students’ have no idea of 70% of the subject. Inconsequential ones likes Maths and Science, never mind economics. The mind boggles! Only the ANC can be proud of that.

Strange how some school students do very well at school and some don’t?
Is it because some studies harder than others? Or did the system discourage students to study hard because whatever your marks are you still pass?

But, this trend to lower the standards is also happening at Universities and Technikons.