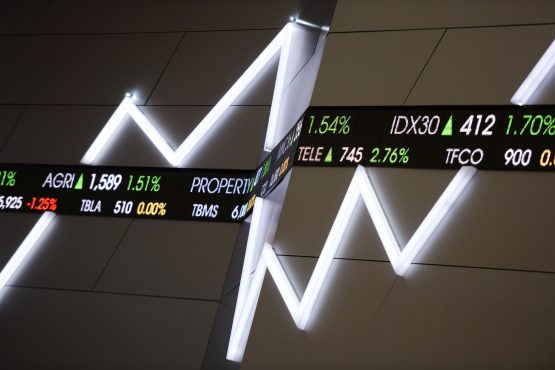 Investors reeling from a collapse in emerging markets amid Russia’s invasion of Ukraine are starting to look for buying opportunities.

Pacific Investment Management Co. is interested in Romania and commodity producers after a knee-jerk selloff in markets stretched indiscriminately across risk assets. BCA Research is waiting for the perfect moment for investors to snap up heavily discounted or pro-cyclical assets. Even cautious BlackRock Inc. acknowledged that financial opportunities were created in the aftermath of Russia beginning a war with its neighbor.

An across-the-board selloff gripped bonds, stocks and currencies from emerging markets on Thursday after Russia’s full-scale invasion of Ukraine and amid deepening tension with the West. It’s a tightrope walk for money managers brave enough to hunt for deals in an asset class also throttled by stubborn inflation, upcoming Federal Reserve tightening and China’s regulatory crackdowns.

But for Pimco’s Arnopolin, the market impact of geopolitical risk events tend to be relatively short-lived, meaning time will help reverse losses in nations that have few deep connections to the situation — like Nigeria or Argentina.

Adding risk
Already, after the unveiling of stronger sanctions by U.S. President Joe Biden and his allies on Russia, dip buyers began to unexpectedly appear across Wall Street to spur a rally in stocks while oil prices reversed gains. The ruble traded around 1% higher in the onshore market on Friday after Thursday’s 5% decline.

For emerging assets, “we don’t see this as a sudden-stop event for an entire asset class,” said Cathy Hepworth, head of emerging-market debt at at PGIM Fixed Income. “It is unlikely that broad emerging markets would underperform other risk markets once recent events are digested. At this juncture, it does not appear current events will lead to a global systemic shock.”

As Goldman Sach’s Caesar Maasry points out, the global economy is in a very different stage today compared with 2014, in the months after Russia’s annexation of Crimea. Equity valuations across the central European countries of Poland, Czech Republic and Hungary, as well as Turkey and South Africa, screen “significantly lower” than their trough valuations in 2014, he said.

That, of course, doesn’t mean the risk is anywhere near over. Western allies see Kyiv poised to fall to Russian forces within hours as fighting continued in Ukraine with Russian troops hitting from the north, south and east. President Volodymyr Zelenskiy’s defense chief is predicting a new wave of attacks.

Relative haven
BCA Research strategists including Matt Gertken also urged caution in the near term, though they said investors “should prepare to buy the dip of a geopolitical incident that is generally limited to Ukraine and the Black Sea area.”

For now, Asia remains a relative “safe haven” when compared to broader emerging markets, especially central and especially compared to eastern Europe, according to TD Securities.

Pockets in the Middle East and northern Africa could also prove to be more resilient given their links to commodities, said Ayman Ahmed, a portfolio manager at Thornburg Investment Management.

“Emerging markets are not so fun today,” he said. But “there are names that can benefit, especially from commodity tailwinds.”