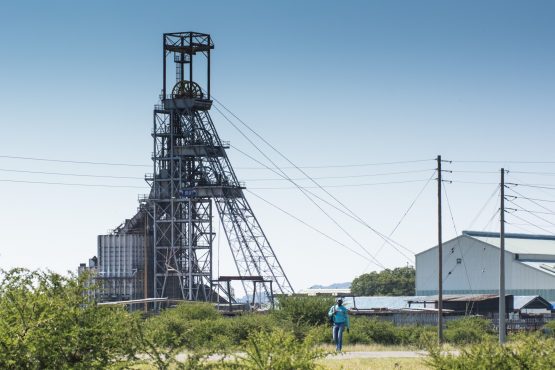 President Cyril Ramaphosa must allow South Africa’s mines to run at full capacity as a national coronavirus lockdown risks crippling the industry, according to Sibanye Stillwater.

The government last month permitted miners to restart operations with half their normal workers amid concerns the shutdowns could damage the viability of the nation’s deep-level mines. That isn’t sufficient, Sibanye chief executive officer Neal Froneman said in an interview on Tuesday.

“Labour intensive mines cannot continuously operate at these levels, so they will either have to restructure or shut down,” said Froneman, whose company runs gold and platinum operations. “You can’t keep on producing at a loss.”

While Ramaphosa has been praised for his rapid response to the pandemic, the central bank expects the South African economy to shrink 6.1% this year. The government must balance the threat to 450 000 mining jobs against the risks of the virus spreading in cramped shafts that reach more than two miles underground.

“We are causing more harm by constraining the economy than we are impacting positively on Covid-19,” said Froneman. “We have gone too far now, we now need to get the economy to start up.”

As the country’s mining companies follow strict health protocols, including screening and testing for Covid-19, they can draw on their experience in working with employees with tuberculosis and HIV/AIDS, the CEO said. South Africa has the largest number of people with HIV in the world and widespread tuberculosis.

Sibanye, the biggest platinum miner, and Harmony have suspended guidance, while Anglo American Platinum and Impala Platinum have cut their output forecasts. South Africa produces 75% of the world’s platinum and about 40% of palladium.

South Africa’s labour-intensive mines need to be at a minimum of 75% to 80% of capacity to be viable, Froneman said.

While a weaker rand, which lowers costs for the country’s producers, and a rally in precious metals prices has provided a buffer, the mining environment threatens to deteriorate over the coming months.

“We have to increase output to get back to profitability because it’s going to get even tougher,” Froneman said. “It’s going to get harder to survive over the next two quarters if we are stuck at 50%.”

This whole lot is not about some virus — prep for the long awaited nationalizations now !!!!

AND they expect you to pay for it.

Imagine. You have to pay Rates and taxes for most municipal workers to sit at home.

What incentive is there to stop this nonsense?

They stop you from earning a living and fleecing you just makes it so much quicker.

If the shift goes underground half a cage at a time that will be something worth seeing.