Nearly 200 guests of the family landed in a private plane at Pretoria’s Waterkloof Air Force base causing a public outcry.
By Reuters 31 Aug 2017  00:46 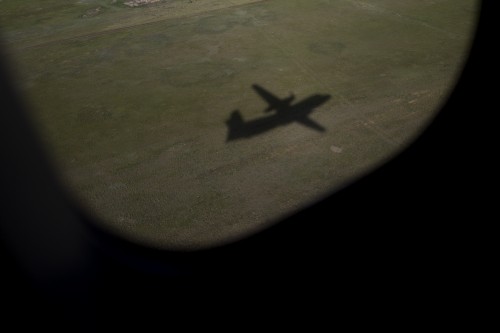 An investigation by South African police of the alleged use of public funds to pay for a Gupta family wedding is part of a broader investigation of influence-peddling, a police spokesman said on Wednesday.

The existence of the investigation was confirmed at a meeting of the Standing Committee on Finance in Parliament by Lieutenant-General Yolisa Matakata, the acting head of the police unit called the Hawks, according to various media reports.

Those comments by Matakata did not refer “to a single case,” but referred to “broader ongoing investigations,” Hawks spokesman Hangwani Mulaudzi said.

The Gupta brothers, friends of South African President Jacob Zuma, have been accused by some politicians of using their close relationship with Zuma and his allies to influence the awarding of government contracts worth hundreds of millions of dollars .

A Gupta family wedding at the Sun City resort in 2013 caused a public outcry when nearly 200 guests of the family landed in a private plane at Pretoria’s Waterkloof Air Force base without proper permission.

The accusations that public money paid for the wedding surfaced after South African media began reporting in June on more than 100,000 documents and emails leaked from inside the Gupta businesses. The Guptas say the leaks are fake .

Mulaudzi would not say what charges might result from the investigation. But the opposition Democratic Alliance’s shadow minister of finance, David Maynier, said in a statement they include racketeering, money laundering and assisting another to benefit from the proceeds of unlawful activities.

“The fact that public funds, meant to assist the poor, were allegedly used to pay for President Jacob Zuma’s number one clients, the Guptas’, family wedding is grotesque and must be investigated without fear or favour by the Hawks,” Maynier said.

Drop the white Troll. It is Monopoly Capital as by the ANC’s own admission.
And btw – it is a term coined and propoganded by the Belly Potty team. Fact.

Emma007 obviously another robertinsidney type. Brainless.Best to ignore them completely.