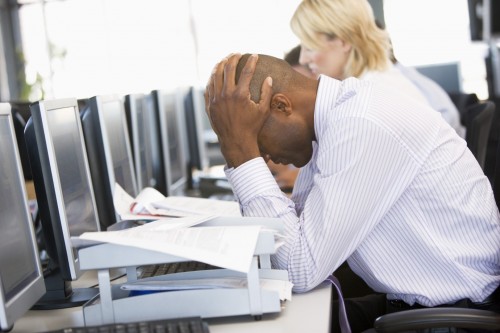 The pound just had its worst day ever, and few analysts expect the UK currency to recover all of the losses that sent it to the lowest level since 1985 — at least, not in the foreseeable future.

BNP Paribas SA, one of the biggest sterling bulls before Britain voted to leave the European Union, cut its third-quarter forecast to $1.35, from $1.58. Had the pound ended the day lower on Friday, it would have been in line for a slide to $1.30 or even $1.25, according to Gain Capital Holdings Inc.’s Forex.com unit. Janus Capital Group Inc., which oversees about $190 billion, predicts a year-end level in the $1.20s. Much will depend on the Bank of England, and whether it cuts interest rates, which may help the economy but undermine the pound. Sterling’s reaction to the Brexit vote was so extreme because few in the market anticipated it. And with no established road map for a member state to quit the EU, coupled with Prime Minister David Cameron’s resignation, there’s scope for further risk and volatility.

“The path of least resistance is to the downside for the pound,” said London-based Forex.com analyst Fawad Razaqzada. “Obviously, this has shocked everyone. What’s going to happen in the UK? The PM just resigned. There’ll be lots of changes — the BOE might step in.”

The sharp drop in sterling was a boon for some large British companies dependent on exports, including drugmaker GlaxoSmithKline Plc and chip designer ARM Holdings Plc. Their stock gains Friday helped temper a decline in the FTSE 100 Index to only its biggest drop since January. At the same time, the FTSE 250 — a broader measure that includes more domestic companies — suffered its biggest slide since 1987.

One-month anticipated pound-dollar volatility jumped to a record 32.1%, data compiled by Bloomberg show. It swung in a wider range the day after the Brexit vote than in the whole of last year.

Some foreign-exchange investors were able to take advantage of the volatility, with the Parker Global Currency Manager Index of top funds’ returns rising 0.6% Friday. That was the biggest jump in 10 months and halved the gauge’s loss for 2016.

The pound had climbed to a high for this year of $1.5018 soon after voting ended, before plunging as early results indicated the “Leave” camp had performed better than predicted.

In the end, a 52% majority rejected the government’s pro-EU argument. The last polls as Britons went to the voting booths suggested national opinion was split roughly down the middle. Betting shops were further off the mark, giving a 90% chance of a “Remain” result as the campaign drew to a close.

“Unfortunately for the pound, we don’t think the worst is over yet,” Steven Saywell, global head of foreign-exchange strategy at BNP Paribas, said in a Bloomberg Television interview. “Like we are, most clients were also surprised by this — this was not the base-case scenario. As we go into next week, I think the market will take stock.”

Saywell’s earlier third-quarter forecast of $1.58 made him more optimistic than all but three of 58 strategists surveyed by Bloomberg before the referendum. HSBC Holdings Plc, Europe’s biggest bank, lowered its outlook, predicting declines to $1.25 by Sept. 30 and $1.20 by year-end.

Options imply the pound has about a 13% chance of either dropping below $1.25 or rising above $1.48 by the end of the third quarter, data compiled by Bloomberg show.

After the results of the referendum became clear, Cameron announced that he’d step down within three months. His plan to leave the exit process to his successor may already be in tatters after the EU’s founding members increased pressure on the UK to quit the bloc as soon as possible.

In other signs of the potential instability that could affect the pound, Jonathan Hill — who represents the UK on the European Commission — said he would himself resign. And Scotland accelerated plans to take another run at independence with a repeat of its 2014 referendum.

BOE Governor Mark Carney already said officials will take any steps needed to secure stability after the Brexit vote, and futures suggest a 40% chance of a rate cut as soon next month, from 11% on Thursday.

While such measures could help stave off the economic catastrophe that Cameron and others on the “Remain” side warned about during the campaign, they’d increase the money supply and would risk hurting sterling further. And the pound’s drop may make it harder for the BOE to lower borrowing costs for fear of stoking inflation.

The EU is the world’s biggest single market and buys about half of Britain’s goods and services — which makes quitting a risk for a nation with a record current-account deficit.

The UK is the world’s fifth-biggest economy and is projected to expand 1.8% this year, down from 2.3% in 2015, according to a Bloomberg survey. Inflation is seen accelerating to 0.7% — still less than half the BOE’s goal. S&P Global Ratings said Friday it was preparing to cut the nation’s top credit grade.

“Long term, I do think that sterling will be lower as people start to look more closely at potential economic impacts,” said Ryan Myerberg, a money manager at Janus in London. “And at the large current-account deficit.”