Powell: US in ‘favourable’ place, Fed will ‘act as appropriate’ 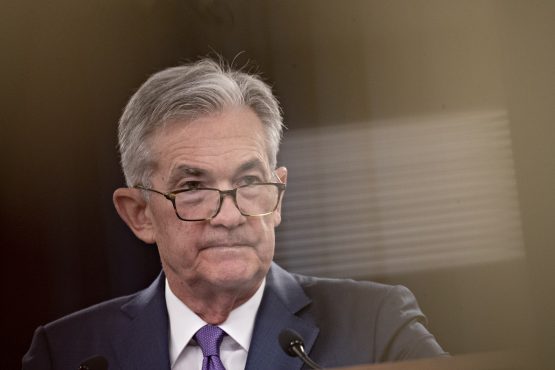 The US economy is in a “favourable place” and the Federal Reserve will “act as appropriate” to keep the current economic expansion on track, Fed chair Jerome Powell said on Friday in remarks that gave few clues about whether the central bank will cut interest rates at its next meeting or not.

The chair, under pressure from President Donald Trump to cut rates soon and deeply, listed a series of economic and geopolitical risks that the Fed is monitoring — many of them, Powell noted, linked to the administration’s trade war with China and other countries.

But “the US economy has continued to perform well overall,” Powell said in keynote remarks at an annual Fed economic symposium at this mountain retreat. “Business investment and manufacturing have weakened, but solid job growth and rising wages have been driving robust consumption and supporting moderate overall growth.”

If the trade wars have disrupted business investment and confidence and contributed to “deteriorating” global growth, Powell said the Fed could not set all that right through monetary policy.

There are “no recent precedents to guide any policy response to the current situation,” Powell said, adding that monetary policy “cannot provide a settled rulebook for international trade.”

Between that, the possibility of a hard “Brexit,” tension in Hong Kong, an economic slowdown in places like Germany and other overseas troubles, Powell said the Fed needed to “look through” short-term turbulence and focus on how the US is performing.

Powell did note that rate cuts in the 1990s helped keep an expansion intact.

But the overall tone of his statement may disappoint investors expecting the Fed the cut rates at its September meeting and possibly several more times this year. The central bank reduced rates in July in what Powell referred to as a mid-cycle adjustment.

It is also likely to disappoint Trump, both in focusing on the impact that trade uncertainty is having on the global economy, and in not giving a clear signal that more cuts are coming.

The Fed must “look through what may be passing events, focus on how trade developments are affecting the outlook, and adjust policy to promote our objectives” of 2% inflation and strong employment.