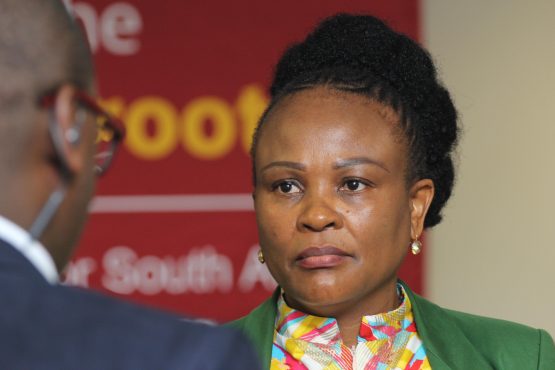 Public protector Busisiwe Mkhwebane has warned parliament against her early removal and threatened to go to court to defend her position, Johannesburg-based Sunday Times reported.

Mkhwebane, 49, wrote a letter to the National Assembly Speaker Thandi Modise accusing her of violating the constitution by acceding to a proposal by the main opposition Democratic Alliance to resume a process to probe her fitness to hold office, the Sunday Times said.

The courts have overturned several of Mkhwebane’s previous rulings and rebuked her for failing to stick to her constitutional mandate. Other critics have accused Mkhwebane, who served in the state security agency under former president Jacob Zuma, of playing politics and siding against incumbent President Cyril Ramaphosa in a power struggle within the ruling party. She denies the allegations.

Last week, Mkhwebane found that Ramaphosa had violated the ethics code when he misled lawmakers about a campaign donation from a company implicated in paying bribes to senior government officials. While Ramaphosa is likely to challenge Mkhwebane’s findings in court, the dispute may embolden the president’s opponents within the African National Congress. This may make it harder for him to cement control over the party and push through economic reforms.

The blank expression in the photo does make a lot of sense.

Guess it is not just the expression that is blank.

Kick her butt out and get someone considered more competent to do her job. Perhaps Thuli can be approached to come back for just one term.

How many more adverse findings are needed before changes are made. We do not need this distraction from the crucial activities of rescuing the country from the dire situation it is in.