Qantas aims to restart 22 of its 25 overseas routes to cities including Los Angeles, London and Johannesburg from October 31.
By Angus Whitley, Bloomberg  25 Feb 2021  07:02 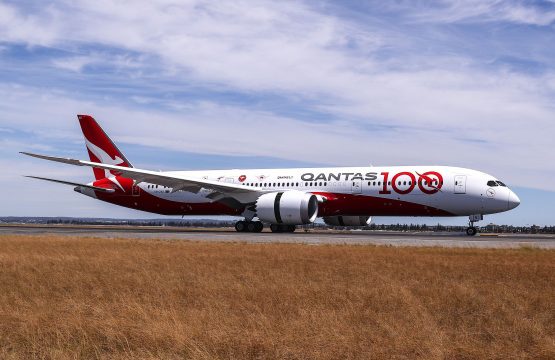 Qantas aims to restart 22 of its 25 overseas routes to cities including Los Angeles, London and Johannesburg from October 31, it said Thursday. Low-cost arm Jetstar will restart all its 13 international routes at the same time.

The planned resumption of global travel is four months later than Qantas anticipated last year, though it broadly aligns with the date by which Australia plans to complete its vaccination program. The UK, further ahead with its jabs, is aiming for international trips to restart as soon as May.

Like airlines worldwide, Qantas’s attempts to fly even limited schedules have been repeatedly stymied by snap border closures, inside Australia and overseas. The airline’s revenue losses to the pandemic in 2020 were about A$11 billion ($8.8 billion) — more than half its normal annual sales, Joyce said.

Qantas plans a “material increase” in flights in the Australia-New Zealand travel corridor from July. But the airline needs the Australian government to fully open the country’s international border before it can freely fly offshore. Initial capacity on international flights in October will be limited, and a full overseas recovery isn’t expected until 2024, Qantas said.

All the same, Joyce is hoping to trigger a flurry of ticket sales by giving a firm date for flights to resume.

“It’s our best estimate at the moment,” he said. “We think that October date is sensible, and hopefully conservative.”

In the UK, EasyJet Plc ticket sales more than quadrupled in the hours after Prime Minister Boris Johnson said this week that international trips may restart as soon as May 17.

Qantas is cutting at least 8 500 jobs and scything costs as part of a three-year plan to survive aviation’s biggest-ever crisis. Some 7,500 other workers will remain stood down until borders reopen, Joyce said Thursday.

Covid-19 travel restrictions drove Qantas to an underlying pretax loss of A$1.03 billion in the six months ended December from a profit of A$771 million a year earlier.

The airline’s domestic network — long the company’s profit engine — should reach 60% capacity this quarter and 80% in the following three months, Qantas said.

Joyce’s turnaround plan involves cutting A$15 billion in costs over three years. The airline has grounded its entire fleet of 12 giant Airbus A380s for at least three years, and has deferred a backlog of other aircraft deliveries.