South African President Cyril Ramaphosa’s opponents within the ruling party are plotting to oust him over reforms that they say are failing to benefit the poor, the Citizen reported, citing people it didn’t identify.

A campaign being led by African National Congress Secretary-General Ace Magashule aims to discredit him over economic policies that his opponents argue are supplanting the party’s pro-poor stance, the Johannesburg-based newspaper said.

Magashule is an ally of former President Jacob Zuma, whose almost nine-year term was marred by a series of corruption scandals.

So now not RSA president finishes their term in office. Hmm. Not good.

Perhaps he should have taken a few lessons from ex pres Zuma in how to organise a ruling position. Always something to learn in life.

Why hasnt he learned from Zuma and kick his non loyalist out and replace them with his own loyalist. What is he afraid of.

It’s the ANC that’s going to ge rid of him, not his cabinet. The only chance he has is to canvas support within the ANC. Let’s hope he’s doing so!

That why I say (to all the optimists) do not place your hope and fortunes of SA onto one man, i.e.Ramaphosa. Anything can happen. Health, party pressures, etc.

Cast your minds back to before the election. Zuma was looking like a liability to the ANC and votes were at stake. So the top dogs got Mabusa, a Zuma supporter, to desert Zuma and support Cyril, thereby making Cyril the president. This helped the ANC to a bigger victory that it would have got with any other top 6 candidate. The plan all along has been to have Mabusa president and it looks like now is the start of the conclusion of the plan.
It would not surprise me if Cyril was part of the plan all along, just given, or taking, enough time to enjoy being a top dog statesman to add to his CV.

The obvious way out for CR is to have the State Capturers, Ace, Zuma and others charged by the NPA. There is much evidence against them.

Why they are not charged is a mystery. Do Ace and Co have a hold of some kind on CR?

Mabuza will be a disaster. CR is the only hope, even if he is part of the failed ANC project.

As far as I’m concerned, Cyril has been struggling and I doubt that he can eventually deliver what is neede to fix SA.
He does have one major thimg going for him and that is the sentiment that is keeping us afloat.
If he goes, the business world, out there, will punish SA into oblivion, immediately. (forget Nene-gate this will be worse.) 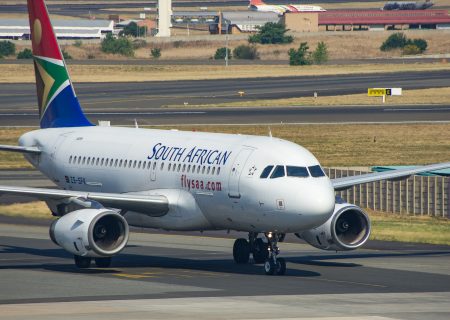