The yield on the benchmark government bond due in 2026 shed a single basis point to 8.43%.
By Alistair Smout, Olivia Kumwenda-Mtambo and Nqobile Dludla, Reuters 6 Aug 2019  18:51 The rand weakened to two-month lows in late afternoon trade on Tuesday, giving up gains earlier in the session, after ratings agency Moody’s said power utility Eskom urgently needs a turnaround plan as its capital structure is unsustainable.

Cash-strapped power utility Eskom said last week it expects to make a R20 billion ($1.34 billion) net loss in the current 2019/20 financial year after the R20.7 billion loss in 2018/19, exposing the country’s public finances to grave risks at a time of fiscal constraints.

The government has proposed giving Eskom a R59 billion cash injection over the next two financial years, in addition to R230 billion of bailouts spread over the next decade.

On the bourse, stocks snapped a two-session losing streak as a rout in global markets eased as signs Beijing is keen to stem the yuan’s slide soothed markets unnerved by the Trump administration’s labelling of China as a currency manipulator.

The top performer was Rebosis Property Fund, which surged 14.29% to 56 cents after it said it is considering a merger with Delta Property Fund.

“It is positive in the sense that if they put together their balance sheets they might have a picture that looks different. It’s a great opportunity to save both from this tough internal and external environment they face,” Inkunzi Investments director Owen Nkomo said.

Gold stocks continued to shine, with prices consolidating near the highest in more than six years as the trade war drove investors to safe-haven assets. The Gold Index closed 1.83% firmer.

“Gold is positioned to remain one of the prime destinations of safety this week,” Lukman Otunuga, Senior Research Analyst at FXTM said in a note.

The yield on the benchmark government bond due in 2026 shed a single basis point to 8.43%.

What with not handing us a downgrade I’m beginning to wonder if Moody’s has cognitive dissonance.

They’re worried that Eskom has no plan.

When did it ever had one?

You’ve got way back to the old days when it was founded to provide cheap electricity for the mines (see, there’s a thought) or when they tied each power station to a cost plus mine they paid to develop (wow, another thought).

But since 1995 it’s just been about transformation, insider dealing, asset stripping and looting.

Moody’s just can’t figure out that this is the only plan they’re ever going to get…. And this from the part time chairman, CEO and chief restructuring officer.

Shame. Poor Moody’s. They’ve got to wake up sometime. For countries that lower cross-border tariffs as part of an Africa-wide free trade area. 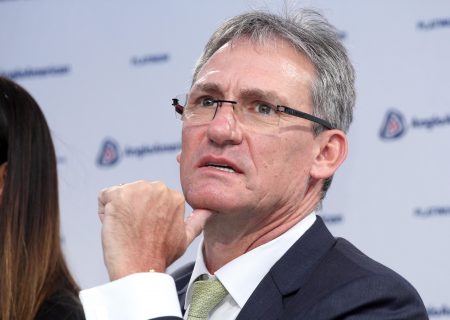