How the proposed amendments to Regulation 28 will affect your retirement
SA government bond yields may be down, but they’re still hugely attractive
Market Watcher
CLICK THIS COMPANY MORE COMPANY NEWS SENS
OMUTUAL The rand firmed on Friday, alongside other emerging market currencies, aided by a weaker dollar. Picture: Bloomberg

The rand firmed against a softer dollar on Friday, regaining some ground lost a day earlier when the central bank kept lending rates unchanged in a decision that divided policymakers.

The rand firmed alongside other emerging market currencies, aided by a weaker dollar.

The dollar edged away from two-year highs on Friday after weak US manufacturing activity data sparked worries that the trade conflict with China may hurt the world’s largest economy and affect the currency’s safe-haven status.

The rand fell on Thursday after the Reserve Bank’s five-member policy committee voted 3-2 to keep rates steady at 6.75%, saying that while inflation and inflation expectations were close to the middle of the bank’s 3% to 6% target range, they had not yet settled there.

Analysts say if Ramaphosa manages to trim a cabinet comprising more than 30 ministers and deputies, as he wants to do, that would be an early sign his fresh mandate has put him in a stronger position to overhaul South African politics.

“The appointment of a cabinet, ….will have a significant bearing on South Africa’s political risk premium and in turn domestic assets. Let’s hope that the market’s optimism regarding a lean and mean ministerial league is not misplaced,” RMB analysts said in a note.

In fixed income, the yield on the benchmark government bond due in 2026 fell by 2 basis points to 8.36%.

Bucking the upward trend was insurer Old Mutual which closed 3.23% to R21 after its chief executive left on Friday due to “breakdown in trust”. 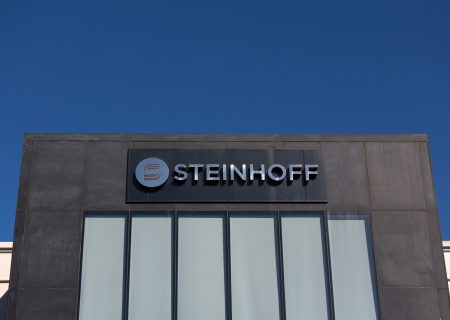