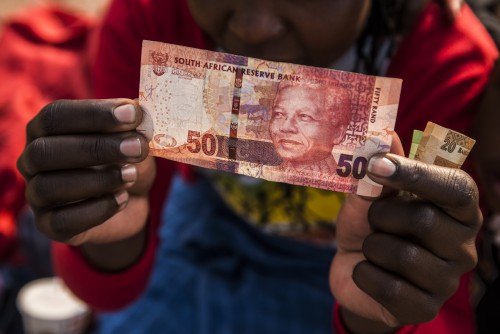 JOHANNESBURG – South Africa’s rand clawed back some ground against the dollar early on Friday having fallen sharply after the United States raised interest rates for the first time in nearly a decade.

The dollar, measured against a basket of major currencies, was down 0.42% in early trade.

The rand’s recovery is, however, likely to be short-lived with low liquidity over the holiday period set exacerbate the currency’s vulnerability to fundamental economic weakness.

“The rand continues to face numerous economic challenges as well as various self-inflicted stumbling blocks, this against the back drop of a resurgent dollar,” Nedbank currency analysts said in a note.

Government bonds were weaker, with the yield on benchmark issue due in 2026 adding 20 basis points to 9.45% as the rate hike by the US Federal Reserve took its toll on fixed income, with investors increasingly migrating bets offshore.