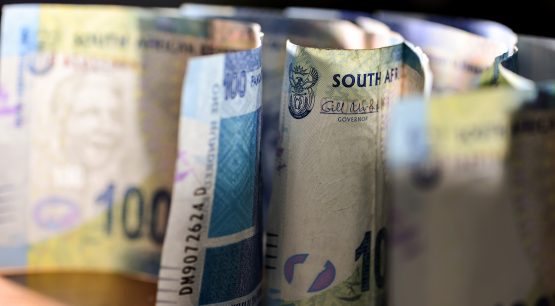 The rand fell more than 1% on Tuesday as a firmer US dollar weighed on developing world currencies, while stocks closed higher.

The greenback climbed across the board on Tuesday as financial markets re-opened after the Easter holiday and traders favoured the dollar ahead of the release on Friday of US gross domestic product data for the first three months of 2019.

In the absence of local market moving data, the rand is expected to track global market sentiment this week, even though South African-focused investors were keeping an eye on election news ahead of parliamentary and provincial votes on May 8.

“We might well begin to see a domestic risk premium being applied to rand assets as the polls draw near, with investors becoming more sensitive to local news flow, particularly relating to social unrest,” RMB analyst Nema Ramkhelawan-Bhana said in a note.

Globally, markets are looking to the release of the US GDP data for indications about the strength of the world’s largest economy.

Better-than-expected economic readings from both the United States and China lately have assuaged investor concerns of a sharp global economic slowdown, although weak manufacturing surveys from Asia and Europe have kept a lid on sentiment.

Chemicals and fertiliser company Omnia Holdings was the top performer on the blue-chip index, rising by 16.28% to R58.14 after it said it would be working towards a collaborative debt restructuring plan alongside its principal debt providers.

Sasol Ltd climbed 4.21% to R487.49 after oil prices jumped to near six-month highs on Tuesday, as the United States tightened sanctions on Iran.

News on the operation of its new alkoxylation plant, which was completed within the expected time frame and allocated budget, also boosted Sasol.