All the Covid-19 relief announced by SA banks so far
FNB fourth bank to offer payment holiday amid Covid-19 outbreak
Big banks: up to a fifth of borrowers may not qualify for relief
CLICK THIS COMPANY MORE COMPANY NEWS SENS
NEDBANK The rand retreated early on Thursday along with other emerging markets currencies, a day after the US Federal Reserve cut lending rates but ruled out an extended cutting cycle.

While investors had been expecting the Fed to trim rates by 25 basis points at last night’s policy meeting, chairman Jerome Powell poured water on the possibility of more cuts, saying “it’s not the beginning of a long series of rate cuts.”

Read: Fed cuts interest rates, signals it may not need to do more

Traders still see one more rate cut this year, but the hawkish tone lifted the dollar. The dollar index was up 0.3% at a two-year high.

The tame outlook for US rates adds to economic pressures faced by the rand at home after unemployment hit an 11-year high and the fiscal and credit ratings risk posed by power utility Eskom continued to unnerve investors.

“The rand is likely to remain under sustained pressure, with local factors also weighing on it. The focus is now likely to shift to the US NFP data release tomorrow,” traders at Nedbank said in a note.

Bonds also weakened, with the yield on the benchmark 10-year government issue climbing 7 basis points to 8.395%, its highest in nine weeks.

In equities, retailer Woolworths said it expected earnings to fall as much as 5% this year due to further impairments on its David Jones department store business. In a bid to restrict the spread of the coronavirus. 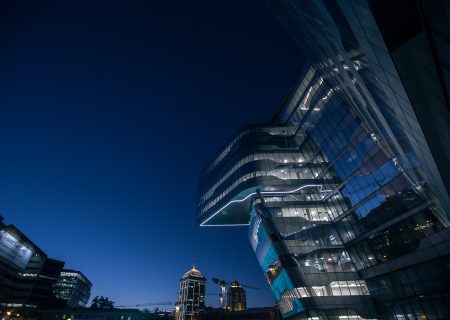