Rand Merchant Bank has been tasked with coming up with cash-flow projections for the beleaguered SOE.
Antony Sguazzin, Loni Prinsloo and Roxanne Henderson, Bloomberg  14 May 2020  06:40 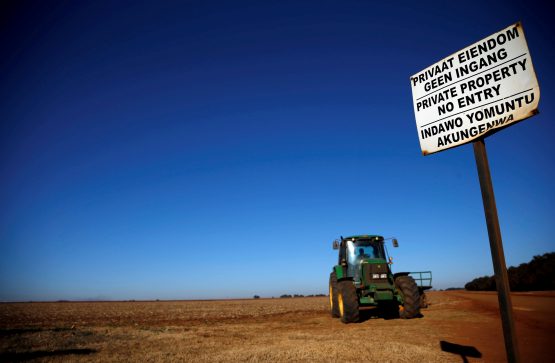 The biggest lender to South African farmers appointed Rand Merchant Bank as financial advisor after it missed a loan repayment that triggered a cross default on a R50 billion bond programme, according to people familiar with the matter.

The Johannesburg-based investment bank has been tasked with coming up with cash-flow projections for the Land and Agricultural Development Bank, the people said, asking not to be identified as an announcement hasn’t been made. RMB — a unit of FirstRand, Africa’s largest lender by market value — must also deliver a strategic plan for the state-owned company and assess its viability, they said.

The 108-year-old bank, which supplies about 30% of loans in the agricultural industry, last month failed to make repayments on a revolving credit facility, triggering the default event on its bonds. It has since said it’s seeking a one-year deferral of interest and capital payments.

Negotiations are ongoing and an appointment may only be finalised by Friday, a representative for the Pretoria-based lender said by phone, without naming any companies. RMB declined to comment, citing its policy not to disclose advisory appointments until their clients announce them.

The default highlights the parlous state of South African state-owned companies after years of mismanagement, and, in some cases, corruption. South African Airways is bankrupt, arms maker Denel couldn’t make pension or tax payments for its employees this month and power utility Eskom Holdings isn’t generating enough profit to cover its costs, which include interest payments on R454 billion of debt.

Funders have organised themselves into groups, including one under the Association for Savings and Investment South Africa, an industry body for insurers and money managers.

Some investors have expressed a willingness to help Land Bank because of its important role in supporting farmers and ensuring food security. Liberty Holdings’s Stanlib Asset Management has joined Futuregrowth Asset Management and the state-owned Industrial Development Corporation in offering to be part of talks aimed at finding a solution.