The cryptocurrency’s almost 150% jump in 2020 puts the digital coin’s price relative to gold at the highest in almost three years.
By Joanna Ossinger, Bloomberg 18 Nov 2020  16:47 Bitcoin is seizing the spotlight from gold as a hedge against risks such as further dollar weakness or a pick-up in inflation, after widening its performance lead over the yellow metal.

The cryptocurrency’s almost 150% jump in 2020 puts the digital coin’s price relative to gold at the highest in almost three years, data compiled by Bloomberg show. The climb comes as investors search for portfolio buffers amid predictions the dollar could drop as much as 20% next year in the economic recovery from the pandemic.

“Bitcoin seems to be the hedge of choice against the US dollar debasement that is looming, either through more Federal Reserve quantitative easing, higher government debt or a steepening yield curve — or all three,” Jeffrey Halley, a senior market analyst with Oanda Asia Pacific Pte, wrote in an email.

Bitcoin’s investor base is also widening as more institutions make the jump into the asset class. Purchases or endorsements from the likes of Square Inc., Paul Tudor Jones and Stan Druckenmiller add to the mix. But its volatility — including a furious run toward $20,000 in December 2017 followed by a bust — make arguments for the cryptocurrency as a store of value contentious. 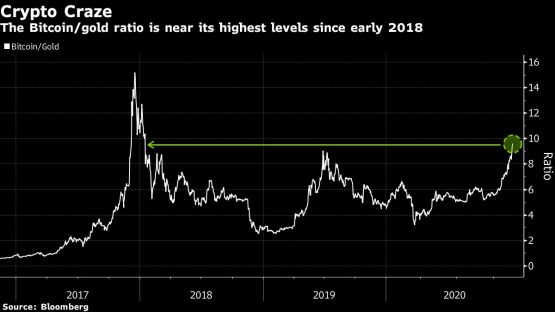 Fear of missing out “is well and truly in play here, and the fact that so many big hitters are publicly declaring their positions is clearly helping,” Chris Weston, head of research at Pepperstone Financial Pty, wrote in a November 18 note. “I don’t see this move as a mania or grossly over-loved just yet.”

Gold has dropped about 9% since its record close in August, paring an advance this year to around 24%. Some strategists are turning bearish. Morgan Stanley, for instance, cut its forecast for the precious metal to $1,825 an ounce on average for 2021 from a previous $1,950, arguing that the global economic recovery is undercutting the case for further gains.

A rise in 10-year US Treasury yields above 1% in coming months may cap gains in the metal, but it will remain attractive as a haven next year, Halley said.

As Bitcoin more than doubled this year, so has the Bloomberg Galaxy Crypto Index, tracking Bitcoin and the biggest rival coins. Coinciding with these rallies are growing investments by non-crypto firms in infrastructure and services, such as PayPal Holdings Inc.’s decision to allow its customers to spend crypto in its network of 26 million merchants. Spanish armored-car operator Prosegur SA said on Wednesday it’s created a cold-storage system to protect customer’s digital assets that never connects with the Internet.

“Gold still has a stronger track record and has proven itself over decades as a safe-haven asset during downward trending markets,” Shaun Djie, chief operating officer of Digix, wrote in an email. Bitcoin hoarding by some investors helps to explain its recent outperformance and poses a risk if these “whales” start to sell, he said.

Bitcoin climbed for a third session on Wednesday, breaking above $18,000 and edging closer to the record high of 2017. Gold was steady at about $1,878 an ounce. 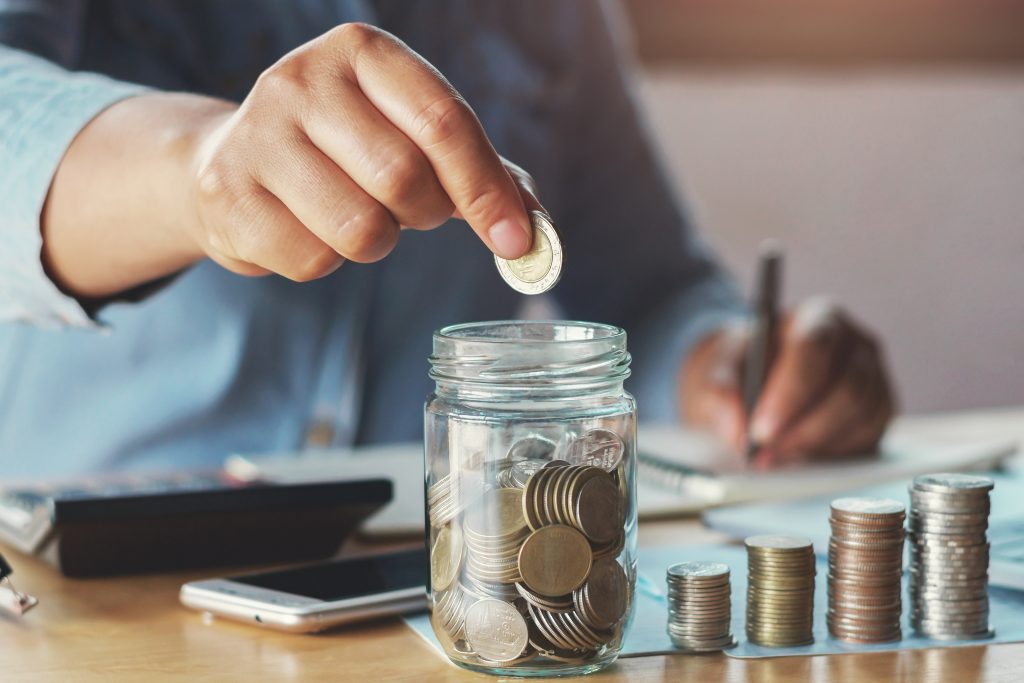 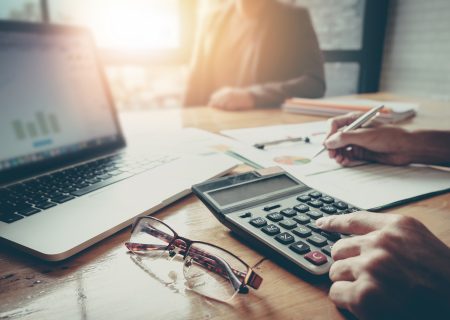 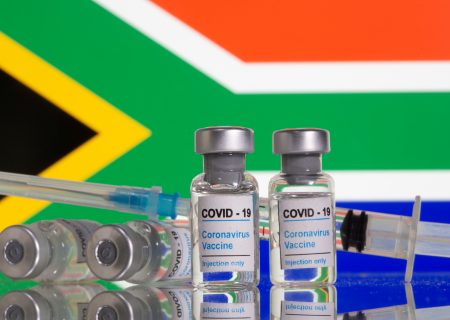