The rouble’s rebound has left it more than 30% stronger against the dollar than it was before Russia invaded Ukraine on February 24.
By Bloomberg News 23 May 2022  15:33 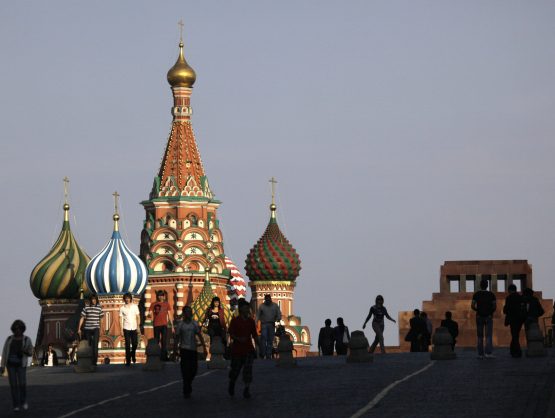 The rouble’s blistering rebound picked up pace on Monday, ratcheting up pressure on Russia to ease a key capital-flow control that’s underpinned the currency’s recovery.

With the gains now threatening to hurt budget revenue and exporters, a decision to cut the share of hard-currency earnings that exporters convert into roubles could come as early as this week, according to two people familiar with the matter. The mandated proportion could be reduced to 50% from 80% currently, the people said, who requested anonymity because the details of the plan aren’t public.

The rouble’s rebound has left it more than 30% stronger against the dollar than it was before Russia invaded Ukraine on February 24. Authorities have been gradually easing the strict limits on foreign-exchange operations imposed in the days after the invasion to stem a sharp drop in the currency.

The restrictions, combined with a collapse in imports amid the sweeping sanctions the US and its allies imposed on Russia, all but eradicated demand for foreign currency just as supply surged thanks to high prices for largely unsanctioned energy exports. A full “lifting of capital controls would return the rouble to the range of 70-80 versus the dollar that would be much more comfortable for the economy,” said Tatiana Orlova of Oxford Economics. “This level of the FX rate is already included in prices. Therefore, the return to this range would not fuel inflation.”

The latest bout of rouble strength appears to be fueled by European companies complying with President Vladimir Putin’s demand that they switch to paying in Russia’s currency for natural gas.

Sanctions on the central bank’s reserves mean it can’t conduct the foreign-exchange purchases it did regularly before the invasion. The Tass news service first reported the plans to reduce the requirement for mandatory sales by exporters.

“The rouble is solely trade-driven, and we are probably sitting at the peak of the current-account surplus,” Tatha Ghose of Commerzbank wrote in a note Monday. “Under most scenarios, the exchange rate would be weaker in the coming quarters.”

Still, Russia’s big-business lobby has raised the alarm about the rouble’s rally, announcing the creation over the weekend of a special working group to monitor the currency situation.

“Excessive regulatory burdens on businesses in the area of currency regulation and control must be avoided,” the Russian Union of Industrialists and Entrepreneurs said in a website statement.

Rouble strength is also potentially bad news for the budget, which gets a substantial chunk of revenues from energy taxes denominated in foreign currency but spends in roubles.

“The stronger the rate, the bigger the deficit will be,” said Evgeny Kogan, a professor at Moscow’s Higher School of Economics. “And it makes things harder for exporters, raising costs and reducing revenue” in rouble terms.

“If this lasts for for, say, half a year, it will be extremely unpleasant,” he said, noting that a more “comfortable” rate for the economy would be around 75-80 per dollar.

The press offices of the Bank of Russia and the Finance Ministry didn’t immediately respond to a request for comment.

Imagine what the Rubble would be trading at if it were a freely traded currency with no captive buyers and unrestricted sellers. much less than one US penny