Officials at three of the seven preferred bidders selected to provide power by August 2022 said the lenders are refusing to sign off on the projects until the court case is complete.
21 Sep 2021  09:41 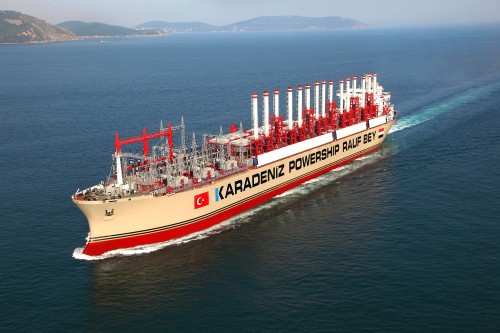 A court case filed by a losing bidder in South Africa’s emergency power program threatens to delay the provision of the electricity by months as banks balk at providing funding because of the risk of an adverse judgment.

Officials at three of the seven preferred bidders selected to provide power by August 2022 said the lenders are refusing to sign off on the projects until the court case is complete. They asked not to be identified because the talks are confidential.

The case filed in South Africa’s High Court by DNG Energy, which alleges corruption by government officials, was earlier this month postponed until November 30. The deadline for financial close of the projects proposed by the seven preferred bidders has been set at September 30 by the government, already a delay from an initial July 31 requirement.

The delays mean there will be little imminent relief from intermittent power cuts imposed by state utility Eskom. The outages have hindered the performance of the South African economy and damaged investor confidence since 2005.

In addition to Turkey’s Karpowership, which secured about 60% of the contracts to provide 2 000 megawatts of electricity, the winning groups include some of the world’s leading energy companies. TotalEnergies SE, Electricite de France SA, Scatec ASA and ACWA Power are all involved.

DNG has, in its court documents, demanded that it replace Karpowership as a preferred bidder and had earlier attempted to have all the other bidders interdicted from reaching financial close. It later dropped the second demand.

Absa, Investec and the Development Bank of Southern Africa were interested in backing Karpowership’s bid, a person familiar with the situation told Bloomberg in May. The other bidders attracted a number of different financial backers.

“We are supporting the program and are committed to funding several projects,” Nedbank, South Africa’s fifth-biggest lender by market value, said in response to queries. The bank is unsure whether the court case will impact the ability of Eskom and the government to enter into agreements with the preferred bidders, it said.

One of the bidders said that depending on when the judgment on the case is made, and assuming it doesn’t derail the program, financial close could be reached by February or March and power produced by the end of 2022.

DNG, in a response to queries, said it does not believe its court case is slowing down the program because there are no legal impediments to stop the bidders from achieving financial close. It also said there are other challenges to some of the projects other than the court case.

“All we want is an honest tender process and a level playing field,” DNG said. “The Department of Mineral Resources and Energy had an opportunity to ensure this was done from the outset, and we could already have been moving ahead to build the new power stations the country desperately needs.”

The department didn’t respond to a request for comment from Bloomberg.