Curbing growers’ ability to get more funding as they contend with the worst drought since 1992.
By Tshepiso Mokhema and Lutho Mtongana, Bloomberg 5 Jun 2015  00:14 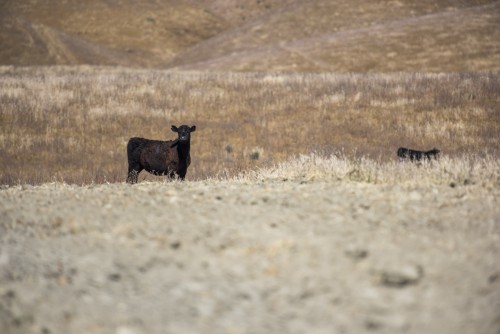 Debt-finance levels among farmers in South Africa, the continent’s biggest corn producer, may rise to the highest in 35 years, curbing growers’ ability to get more funding as they contend with the worst drought since 1992.

Farmers’ ratio of debt to assets, or the proportion of assets financed by debt, may climb to 48% in this year, said Ernst Janovsky, the head of agribusiness at Barclays Africa Group That would be the highest since 1980 and compares with 35% in 2014, Department of Agriculture data show. The estimate for US growers this year is 10.9%, Mitch Morehart, a senior economist at the US Department of Agriculture, said June 1.

“They’ve got to start thinking of where they are going to get money,” Janovsky said by phone. “You have to start taking out of your own pocket where previously you could have borrowed,” he said.

South Africa predicts a 32% drop in this season’s corn harvest to the smallest in eight years after the drought ravaged crops in some of the largest growing regions. Farmers were still recovering from insufficient rains received in 2012, with their balance sheets strained since then, according to Nico Groenewald, Standard Bank’s head of agribusiness.

“Once we go beyond 50%, then we are most probably in a spot of bother,” he said by phone. “We could absorb some of this by consolidating debt.”

Grain SA, a lobby group that’s the biggest representative of South African corn growers, “is aware of a few farmers who decided to put their farms up for sale because of financial difficulties due to the drought,” Chief Executive Officer Jannie de Villiers said, declining to provide more information.

European and American farmers get a huge interest rate subsidy in the form of QE and low interest rates, and they can lend at rates below 1%. The cost of capital is 9 times higher for local farmers. How can we compete?
The South African farmers will simply be forced out of production over time as they are the marginal producers internationally. We have got the highest cost of capital, the lowest rainfall and a government that is on a mission to destroy agriculture. It is very simple actually, food security is exported to the country with the lowest cost of capital.

Farming, a very high risk business at the best of times has as Sensei says has become even more risky with the high cost of capital and a government that is hell bent on destroying it.
It is hard enough to be positive as a farmer with this sword hanging over your head, couple that to stock theft, predators in small stock farming and crop failure, means you need big balls to farm in this country. Bring on the minister of agriculture who thinks this is a nice lucrative easy cake to divide up. Maybe Rob Davies Minister of Industry, should rather look at easier businesses to destroy and dish out to the lazy cadres, such as shops and factories in the cities and towns. At least the cadre won’t have to relocate to the middle of the Karroo and it would last at least until he had consumed all the stock and gone back to his old job.