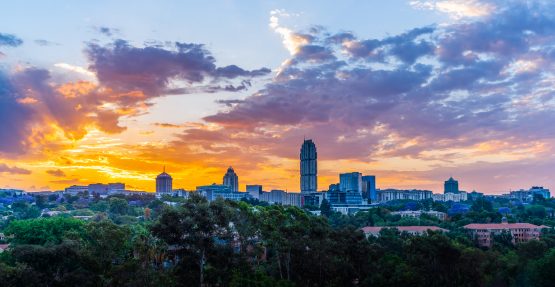 South Africa is set see a wave of equity fundraising as banks’ capacity to lend is under strain from rising bad debts just as corporations are in need of funds to cope with fallout from the coronavirus pandemic.

South African companies, unlike many of their global peers, have historically been averse to raising money via the stock market as investors prefer them to take on more debt.

But with coronavirus-related bad debts setting South African banks’ profits back by around a decade, the period of easy money may be drawing to a close.

“The economic environment is not going to be conducive (for lending) anytime soon and debt levels will increase over the next six months,” said Simon Denny, head of Barclays South Africa.

“I am surprised that South Africa is not seeing any major equity capital raises.”

He said the economic conditions were expected to trigger a round of equity capital raising from around December.

Company managements, however, will need to convince investors who have generally punished stocks for attempting equity raising.

PPC declined to comment for this story and Famous Brands did not reply to an email seeking comment.

“Generally, there is a higher level of resistance by shareholders for dilution,” said Richard Stout, Standard Bank’s head of equity capital markets for South Africa and sub-Saharan Africa.

Banks’ pre-pandemic willingness to lend allowed many companies to create a short-term liquidity buffer, he said. But as those funds run out and they increasingly feel the pandemic’s fallout, companies will need to raise equity from the fourth quarter and extending well into next year.

The likes of Africa Rainbow Capital Investments Ltd and condiment maker AllJoy Food, have already signalled to investors that they will seek to raise equity in the coming months.

“Banks are getting risk averse which will make several listed entities raise equity,” said Muhammed Naasif Darsot, chief executive of AllJoy, which is pursuing multiple strategies to raise the capital needed to grow its business.

Africa Rainbow Capital, in a circular to shareholders on Monday, said it planned to raise equity to support investee companies and meet medium-term fund requirements.

Stock markets around the world have bounced back after tumbling in March on fears of a Covid-induced economic slowdown. The Johannesburg Stock Exchange (JSE) – Africa’s biggest – is among the strongest performers with its benchmark index up 40% since a March 19 crash.

South African companies could capitalise on current high stock prices to raise money. But so far they have lagged behind international peers, with South African equity raising totalling just $1.3 billion through August.

South African companies have essentially kicked the can down the road by not raising equity, said one international banker, who did not want to be identified.

“I think what we need is for the companies to see their third quarter (September end) performance. That is when they will realise they need to raise equity,” he said.

In effect, you are paying them to dilute the value of your existing shareholding.