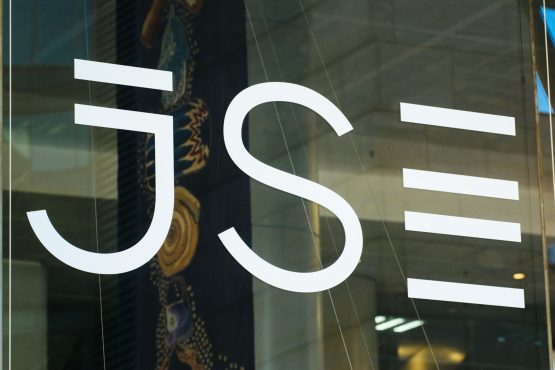 South Africa’s main stock index dropped for a fifth consecutive day Friday, falling 0.6% by 10:06 a.m. in Johannesburg, as gains in index giant Naspers and its subsidiary Prosus NV failed to overcome weakness in miners and banks. A risk-off environment drove more than 100 of the 141 listed companies lower in early trade Friday.

Naspers gained for a second day, up 0.8% to provide biggest boost to the index, while Prosus was up 0.6% after Prosus announcing plans to buy back a combined $5 billion of shares in a move designed to narrow a valuation discount between the company and its stake in Tencent Holdings, Naspers holds a 31% stake in Tencent through Prosus. Weakness in the Johannesburg market echoed declines in Asian stocks Friday as fresh concerns about the outlook for technology giants added to volatility that’s likely to remain elevated heading into next week’s US election. Global equities are on course for the worst weekly decline since March as lockdown measures in some countries and the lack of an agreement on US stimulus dent sentiment.

Friday’s losses pulled the South African index down 7.1% for the week, also the worst performance since March, with the benchmark on course for a third consecutive month of declines in October.

Richemont declined for a fifth session Friday, down 2.6% to the lowest in five months, providing biggest drag to the index.

Index of mining stocks dropped for a seventh consecutive day, the longest losing streak since February. The gauge fell 2.2% to the lowest since June 17.

Index of bank stocks fell for a fifth day, the longest losing streak since June 24.