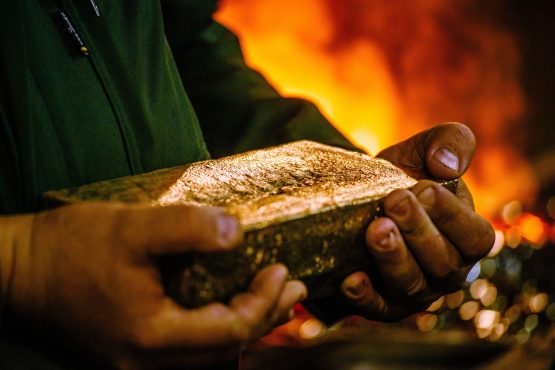 South Africa’s main stock index drops 0.2% as of 10:07 a.m. in Johannesburg, giving up an advance of as much as 0.7%, as a drop in bullion drags gold miners lower and a weaker rand weighs on banks.

Markets in Asia had advanced as President Donald Trump’s departure from hospital eased concerns about his health, and amid optimism that lawmakers would move closer to providing more stimulus, boosting risk sentiment.

The rand retreats for a second day, dragging the index for bank stocks down 0.4%.

Developer Balwin Properties gains 7.5%, adding to Monday’s 13% surge, following the launch of the Mooikloof project, a public-private partnership. Balwin has climbed to the highest in more than two years after a three-day rally. Index heavyweight and so-called rand-hedge Richemont advances for the second day, up 1.5%to the highest in almost a week, as Deutsche Bank raises the luxury goods producer’s price target, and as the South African currency weakens against the dollar.

Foreigners were net sellers of South African stocks for a second day Monday, disposing of R2.32 billion worth of shares, according to exchange operator JSE Ltd.

The JSE stocks surrender when almost all other stock markets go higher on the President Trump covid19 news.

Which news would lift the JSE?

I like that question? I have an idea of what sort of news that would be but …