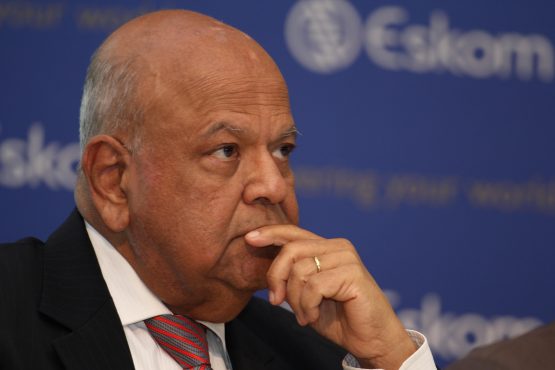 Eskom will consult with unions to address any concerns ahead of the utility's planned restructuring, public enterprises minister Pravin Gordhan says. Image: Moneyweb

“I think the market understands that we are going to run a fair process,” Gordhan said in an interview with Bloomberg TV at the World Economic Forum on Africa in Cape Town on Thursday. “We require a bit of patience through this period where we are looking at different options, and the second period during which we will consult with all the lenders, and the third period during which we will implement those options. I don’t think there’s any real concern about haircuts.”

Eskom, which supplies about 95% of South Africa’s power, has amassed R450 billion ($30.5 billion) of debt and turned to the government for bailouts to remain solvent as it confronts massive cost overruns at two partially completed coal-fired plants. The government has proposed splitting the utility into generation, transmission and distribution units under a state holding company — an option rejected by labour unions that fear it will lead to privatisation and job losses.

The government will publish a policy paper within the next few weeks that spells out the future it envisions for Eskom, Gordhan said.

“As we begin to redesign Eskom, we need to consult with the unions and we need to get a compact,” Gordhan said. “They have legitimate concerns that we should not be putting our people into the streets and our president has said that is not our intention. More importantly as a government in South Africa, like anyone else, we have a responsibility to make sure that we train our workers for the future.”

In an economic plan published on August 27, the National Treasury suggested that Eskom could raise R450 billion by selling off coal plants.

The economic plan “is about generating debate, it’s about generating options and expanding the scope of thinking around the type of issues that we have to deal with in our economy,” Gordhan said. “It’s one of the contributions. There are different views, particularly with the kind of price-overruns and time overruns on the newer power stations. So it’s a set of ideas, let’s have a look at it. ”

Maybe the debt holders should force this man to except the fact that you can not keep the bloated workforce as is and try and get a workable solution.

It makes no business sense. I cant believe he cant see it? Imagine he was the finance minister. No wonder we are in trouble.

It is the unions and the communists that got us here. So the brightspark plan is to continue the same way.

Cant believe this takes them 2 years to come up with. Ooops. Sorry I can.

Gordhan’s obsession with state control has hindered any meaningful steps.