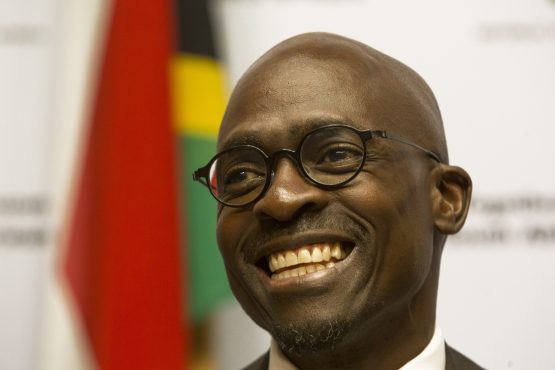 South Africa’s highest court dismissed an application by Home Affairs Minister Malusi Gigaba to appeal against a High Court ruling that he lied under oath when testifying in a case filed by a company controlled by the billionaire Oppenheimer family.

Fireblade Aviation filed a lawsuit alleging Gigaba had reneged on a pledge to grant it a private immigration terminal at the Johannesburg OR Tambo International Airport. Gigaba denied ever approving the terminal and said he stood by his testimony, but the High Court ruled in Fireblade’s favor.

The Constitutional Court “concluded that the application for leave to appeal should be dismissed with costs as it is not in the interests of justice to hear it at this stage,” according to an emailed copy of the judgment.

The application was filed concurrently with the Supreme Court of Appeal, his spokesman, Mayihlome Tshwete, said by phone Saturday. “The Constitutional Court was effectively saying it’s up to the SCA to rule on the matter at this stage.”