Saudi Arabia plans to spend more than $7.4bn exploring for metals and minerals by 2035. Picture: Bloomberg

Maaden, as the state-backed company is known, plans to boost gold output from about 415 000 ounces this year to one million by 2025, chief executive officer Darren Davis said in an interview. That would catapult the oil-rich kingdom from a marginal gold producer to one of the world’s top-20 suppliers.

Gold demand is rising as US-China trade tensions and fear of a recession persist. With declining prices of some commodities including aluminum, which generated 40% of Maaden’s revenue last year, the company may be counting on the precious metal’s allure as a safe-haven investment to soften the hit.

“Global tensions have an impact on gold — in a positive way,” Davis said.

Saudi Arabia plans to spend more than $7.4 billion exploring for metals and minerals by 2035, part of a $426 billion infrastructure spending plan that in part seeks to exploit what could be $1.3 trillion in resources.

Maaden will boost its exploration budget to 250 million Saudi riyals ($66.7 million) this year, about triple its average annual spending over the past decade, Davis said. The company will focus on gold, copper and zinc.

Here are other highlights from the interview:

Maaden won’t pay a dividend “any time soon” and will spend its cash to pay off debt and expand the business. Company plans to reduce its debt-to-ebitda ratio to 3 or 4 within five years from 6, and is open to restructuring current debt or offering shares in a rights issue. Borrowings for future projects won’t exceed 30%, down from the current 70% debt funding.

Maaden has no involvement in uranium mining, Davis said. Saudi Arabia holds 3% to 6% of global uranium deposits, its energy minister said last year. The company is targeting sales in Latin America, south Asia and east and southern Africa, and is considering acquisitions and joint ventures there.

This article should have appeared on the first of April perhaps? 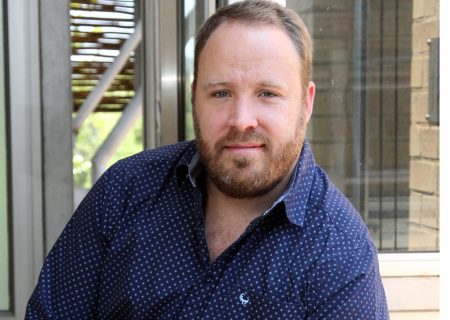