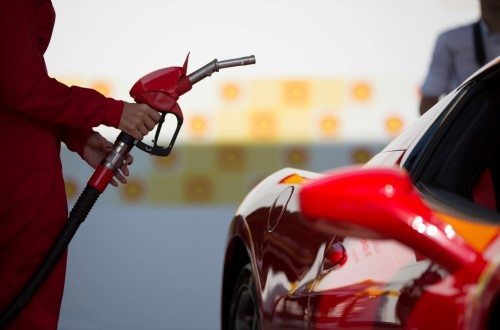 Royal Dutch Shell Plc agreed to buy BG Group Plc for about 47 billion pounds ($70 billion) in cash and shares, the oil and gas industry’s biggest deal in at least a decade.

The acquisition is the most significant response yet to the slump in oil prices and could set in motion a series of mergers as the largest energy companies look to cut costs and restore profits.

Shell will pay 383 pence in cash and 0.4454 of Shell’s B shares for each BG share, BG said in a statement today. That’s equal to about 1,367 a share and gives BG a market value of about 47 billion pounds. It’s a premium of about 50 percent on BG’s closing share price yesterday.

The merged company, led by Shell Chief Executive Officer Ben van Beurden, will boast a market value twice the size of BP Plc and surpass Chevron Corp. Shell, struggling to rebound from its worst production performance in 17 years, will swell its oil and natural gas reserves by 28 percent with the combination and inherit a management team that carved out a unique niche in liquefied natural gas, or LNG.

Shell, which helped pioneer the process of liquefying gas for shipment aboard tankers decades ago, and rivals such as Chevron are betting LNG will play an increasing role in emerging economies seeking alternatives to dirtier energy sources such as coal.

Shell’s pursuit of BG disrupts the prevailing view among analysts and bankers who expected merger activity in the industry to remain quiescent until later this year or even 2016. The talks could presage a repetition of the wave of deals a decade-and-a-half ago that rocked the oil patch and created today’s so-called supermajors.

BP kicked things off in 1998 when it announced plans to take over Amoco at a time when crude hovered below $12 a barrel. Exxon followed suit with the mega-buyout of Mobil Corp. the following year; other combinations of the era included Chevron’s merger with Texaco Inc. and Total SA’s purchases of PetroFina and Elf Aquitaine.

“Any and all combinations are now on the table and this will absolutely be a trigger event, both for strategic companies and private equity,” Dennis Cassidy, co-leader of the oil and natural gas practice for consulting firm AlixPartners, said in an interview before the deal was announced.

The Shell-BG merger, which envisions combining Europe’s largest oil explorer by market value with the No. 3 U.K.-based energy producer, will be the industry’s biggest in at least a decade, according to data compiled by Bloomberg.

BG, for its part, has been a victim of both its own success and $50-a-barrel oil. The Reading, England-based company’s balance sheet has been stretched as the relatively cheap task of finding new fields evolved into the costly business of developing those fields into active sources of crude and gas.

Shell, which invented the oil tanker in the 1890s to haul Caspian Sea crude to European markets, saw its worldwide production drop to the equivalent of 3.08 million barrels a day in 2014, the lowest in at least 17 years. Reserves, a metric that investors watch to assess future growth prospects, have declined in two of the past three years.

In contrast, BG boosted reserves in six of the past seven years. Its reserves were 78 percent gas as of Dec. 31, compared with 47 percent for Shell.

BG was forged from the exploration arm of the U.K.’s former state-owned gas monopoly, British Gas, that was privatized by Margaret Thatcher in the 1980s.

The company was led for more than a decade by Frank Chapman, who built a global LNG business and drilled wells from Kazakhstan to Brazil. The company’s market value rose more than fivefold during his tenure, outperforming larger rivals including Shell and BP.

Chapman retired at the end of 2012 and his successor Chris Finlayson lasted little more than a year, resigning in early 2014 after profit warnings and disagreements with the board over strategy. He was replaced by Helge Lund, poached from Norway’s state oil producer Statoil ASA, who BG made the most highly paid oil executive in Europe to win his services. He now seems set to negotiate the sale just two months after taking the helm.