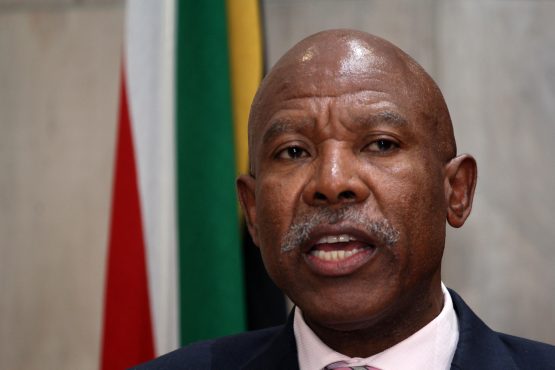 South Africa is at risk of so-called “fiscal dominance,” or added pressure on the central bank to ease the load on public finances because of the coronavirus pandemic, the Financial Times reported, citing Reserve Bank governor Lesetja Kganyago.

There are strong institutional safeguards, such as the bank’s independence and its constitutional mandate to deliver stable prices, the newspaper said, citing Kganyago.

The Reserve Bank has been facing calls from politicians and unions to further deepen rate cuts and buy up more government bonds. Kganyago defended the central bank’s response, saying it had cut the interest rate to a record low, relaxed accounting and capital rules to promote lending, and more than tripled its holdings of South African government debt. He has previously warned that financing the government would ultimately bankrupt the central bank.

“I challenge anybody who’d dare say that the Sarb has not done enough,” the Financial Times cited Kganyago as saying.

South Africa, which has recorded more than half a million infections to date, is facing its biggest downturn in 90 years this year as industry slowly reopens from restrictions.

Dear Lesetja – you have done enough. However, i can assure you that every member of Luthuli house thinks the exact opposite.

They will soon call on you to do so much more and if you do not, they will challenge you and ultimately remove you from office – because the SARB independence stands in the way of their socialist utopia.

Feb and March were challenging, however, the crash was over before the lockdown even happened and markets were roaring back to their current highs.

You will in the coming months (in my opinion) have to deal with another market correction, a severe international sovereign debt crisis(likely starting in Europe), emerging market fall out and contagion. This will be on top of the cataclysmic local problems unleashed by your own party – in the form of a crashing ZAR, a huge bond sell off and civil unrest on another level. I do not envy your position over the coming 6-12 months. Good luck!

Only one error here in the heading: Fiscal policy is determined by the government, through the annual budget and the successful implementation thereof by Treasury.

Monitory policy is the responsibility of the central bank, in this case, the Reserve Bank.

“South Africa, which has recorded more than half a million infections to date”

At the start of covid the reporting mentioned recorded deaths

Yep. Infections are the new deaths. Then we have the term “covid related deaths” as backup as well. Ans still they cannot show us the mass graves.