Other options being explored include widening the budget deficit and reprioritising government spending.
By Jacqueline Mackenzie, Bloomberg  18 Jan 2021  07:49 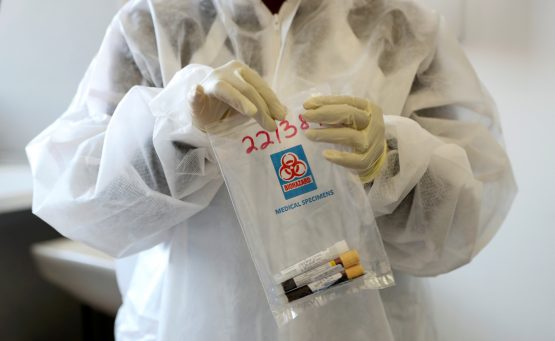 At this point South Africa is due to get 9 million doses from Johnson & Johnson, 1.5 million shots of the AstraZeneca vaccine, 12 million through Covax and 12.25 million from the African Vaccine Acquisition Task Team, according to the daily newspaper.

The government viewed the vaccines as a public good and was committed to financing their roll out, with or without support from the private sector and medical schemes, the Johannesburg-based newspaper reported, citing Treasury Director-General Dondo Mogajane.

Other options the Treasury is exploring include widening the budget deficit and re-prioritising government spending. The pandemic was a good case for emergency funding, Business Day cited Mogajane as saying.

The department of health has estimated a maximum cost of R20 billion ($1.3 billion) to vaccinate the entire country, while more recent internal estimates done by the Treasury are far lower than this, the newspaper said.

Make a deal with SAB to put a drop of ivermectin in the beer. The nation will get heard immunity after one week. A visit to the shebeen will protect you against covid for more than a month. One beer a day will keep the doctor away. The cheap, safe and readily available ivermectin renders the vaccine irrelevant.

By the way, the ivermectin in the beer will have fewer side-effects than the alcohol in the beer. Drink yourself out of lockdown.

I like your thinking! Way better than continuous lockdowns from an incompetent regime

Can I suggest that a special tax be levied retrospectively to all BEE deals where the contribution of the BEE investors was uniform ie little value added. Start with Shanduka and African Rainbow minerals and the problem will be solved.

Dear incompetent thought-impaired ANC government, how do you ‘have a plan for vaccine roll-out’ if you have no idea how to finance it? Methinks the priority here is rather to ‘contract out’ the storage and distribution to BEE (read their brother’s/cousin’s/lover’s) companies for ‘transformation’ (read cash-in-ANC-member-bank-account) purposes…

Tax hikes and lazy politicians, sums up the ANC government

These anc people are very primitive in there thinking and should be excused for what they are doing to themselves.

How about using the R14 billion the ANC is going to squander on SAA?

Over 90% of people recover from this virus without a cure – why do we need a vaccine? But that’s a discussion for another day….

Anyway, RSA has forex reserves totalling +/-R800 billion why not take it from there? Increasing taxes on the already thin tax base is suicide. Our tax policies are already currently backwards, and we pay very high taxes as South Africans! Why not stop that soap opera called the Zondo Commission which has spent close to R1 billion with how many arrests?! Why not get rid of that failing airline? Is anyone at Treasury thinking?

Rob the tax payer and enrich an induced middleman and themselves.