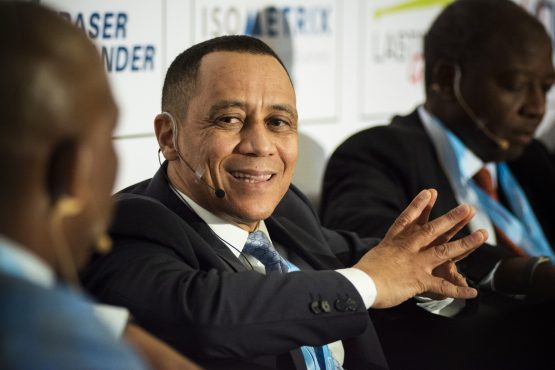 Seriti Resources, poised to become Africa’s second biggest coal producer, is betting that South Africa will rely on coal for decades even as Africa’s biggest emitter of greenhouse gases implements carbon taxes and is under pressure to improve air quality.

The most-industrialised economy on the continent will soon release an energy blueprint to outline the sources it will get its power from in the future. The carbon tax, designed to incentivise a move away from the coal that accounts for almost all power generation, could eventually cost state-owned power utility Eskom about R11.5 billion a year.

Read: Eskom is killing people with its China-level pollution

“When you operate in the coal-mining space the impression created is like you’re an environmental denialist. We are not,” Mike Teke, Seriti’s chief executive officer, said in an interview at the company’s headquarters in Johannesburg on Monday. “We operate in a developing economy” where alternatives will need to be phased in gradually, he said.

Some government forecasts are in line with Teke’s view. While coal-fuelled plants will decline to less than half of the country’s total installed power generation capacity by 2030, it will still contribute more than 65% of energy production as the plants run around the clock while renewables depend on sun and wind availability, according to last year’s draft of the Integrated Resource Plan. A final version is expected within weeks.

Eskom’s appetite for the fuel hasn’t fluctuated much over the last decade, with the utility burning 116 million metric tons in 2018. The state company is facing growing competition from privately owned renewable power generation.

While Eskom is scheduled to close six of its 15 coal-fired plants by 2030 it’s two newest plants, which are yet to be completed, will produce 4 800 megawatts each, placing them among the world’s biggest coal-fired facilities.

Seriti is in talks to buy the South African coal assets of South32 to bring its production to about 50 million tons a year. It could potentially grow its customer base from one — supplying Eskom’s power stations — to international clients as it will have the right to export 17 million tons of coal a year through the Richards Bay Coal Terminal.

Further expansion of the business may follow with multinational mining companies lightening their exposure to South African coal. More mines may become available, he said.

“We do see the multinationals looking to shorten their exposure to South African assets as other jurisdictions across the world become more friendly and more attractive and frankly easier to invest in,” Gain said. “That brings to the secondary market, opportunities to acquire assets that are very well capitalized and very well run.”

Seriti’s growth plans include the development of the New Largo mine, an estimated 585 million-ton coal resources located near Eskom’s Kusile power plant, which could run until 2070.

Outside of the primary focus of domestic thermal coal and export options from South32 assets, Teke anticipates opportunities elsewhere in Africa and perhaps beyond.

“We want to build what we call a continental champion,” he said.