Resource companies weighed on the index, with Harmony Gold the top looser for the day.
By Reuters 30 Jun 2015  18:05 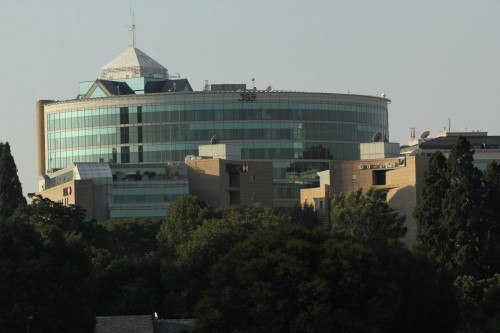 South African stocks were cautiously traded on Tuesday as investors remained wary that Greece will default on a debt repayment to the International Monetary Fund and plunge deeper into financial crisis.

The breakdown of talks between Athens and international creditors over the weekend has led Greece to close its banks and impose capital controls, a threat to financial stability of the euro zone which is South Africa’s biggest trading partner.

The Johannesburg Top 40 index and the broader All Share index were little changed from where they opened the day but with a slightly weaker bias at 46,141.59 points and 51,806.95 points respectively.

The market was firmer in the earlier sessions but paired gains as investors likely shied away from riskier assets such as South Africa due to a potential Greek default.

“After the rather sharp sell-off yesterday, it is a bit of a consolidation today although the market is very nervous as to what is going to happen with this whole Greece situation,” said Wilmar Buys, portfolio manager of FFO Securities.

“The message that China is giving the rest of the world is that their economy is really struggling and hence they have cut their interest rate, so that does not bode well for commodity prices,” added Buys.

Resource companies weighed on the index, with Harmony Gold the top looser for the day as the stock dropped 8.6 percent to 15.60 rand, erasing all gains it made on Monday.

Brait was the strongest performer on the blue-chip index, adding 6.7 percent to 123.30 rand.

“…Harmony Gold the top looser for the day”. Looser? Arrrrgggghhhhhhh!!!