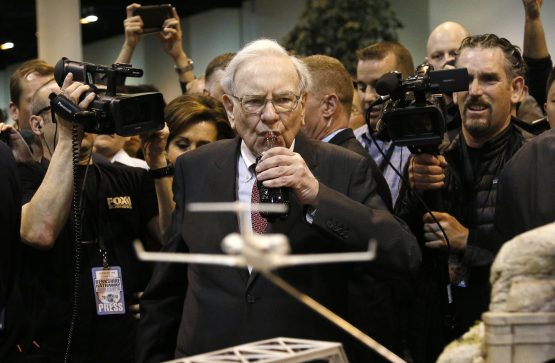 The bathtub epiphany that led Warren Buffett to pump $5 billion into Bank of America Corp. after the financial crisis has been retold many times. Now, a new detail is emerging in the Wall Street fable.

In an interview with Bloomberg Television, Bank of America Chief Executive Officer Brian Moynihan recalled how Buffett initially tried to reach his company with a proposal eight years ago. The legendary investor called a public phone line and was rebuffed.

“He got into the call centers and asked to speak to me and of course they don’t transfer everybody who calls the call centers to the CEO’s line,” Moynihan said in an interview for broadcast on “The David Rubenstein Show: Peer to Peer Conversations.” Yet the deal still came together within hours.

Moynihan’s version expands on Buffett’s own descriptions of the wildly profitable bet he arranged for his Berkshire Hathaway. Buffett has said he was bathing when he got the idea but that he’d never called Moynihan directly before.

The day the investment was announced in August 2011, Buffett told CNBC he asked his assistant to contact Moynihan’s assistant to get the CEO’s private number. But according to Moynihan, it was Berkshire’s finance chief who ultimately made a connection by reaching out to one of the Wall Street firm’s investment bankers.

“And he basically said, ‘Brian, I want to make an investment in your company.’ And I said to him, ‘We don’t need the capital,’” Moynihan recalled. “And he said ‘I know, that’s why I’m calling. You need stability, you need an imprimatur, and the capital will do you good.’”

Buffett’s purchase of the bank’s preferred stock and warrants helped shore up confidence in the lender as it faced losses tied to subprime mortgages. As the share price quadrupled over the years, Buffett added to the stake to make it Berkshire’s second-largest holding, now worth more than $26 billion.