The biggest winner from a rise in precious metals 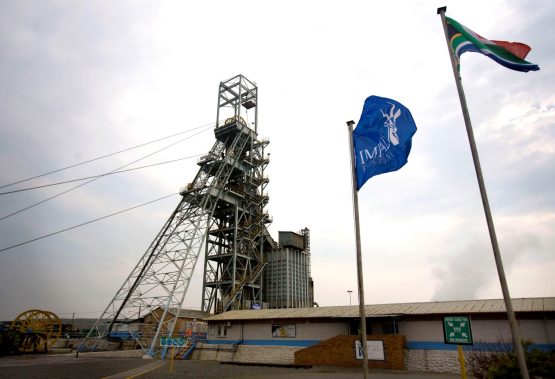 Implats has benefited from surging palladium and rhodium prices, along with any weakness in the local currency, which bolsters its income from sales of dollar-based metals. Picture: Nadine Hutton, Bloomberg

The world’s best-performing precious-metals stock is up almost 90% this year, and there are signs the rally could run even further.

Impala Platinum has outpaced 87 global peers with a market value of at least $1 billion in 2019, data compiled by Bloomberg show. The South African miner has benefited from surging palladium and rhodium prices, along with any weakness in the local currency, which bolsters its income from sales of dollar-based metals. “The rally in palladium has been a big contributor,” coupled with a weaker rand, said Henre Herselman, a derivatives trader at Johannesburg-based Anchor Private Clients. Palladium, up 60% since August, makes a 30% contribution to Impala’s earnings, he said. The rand has dropped 6% against the dollar in 12 months. “Impala’s profit margins were very thin compared to those of most other producers, so they were much more sensitive to the recovery in the platinum-group metals basket price,’’ said Izak van Niekerk, a money manager at Mergence Investment Managers in Cape Town. “Due to this sensitivity, the upward move in rhodium and palladium prices has benefited Impala’s share price more than higher-margin producers.” Even after this year’s rally, at least one technical indicator suggests Impala Platinum may have further to climb. The stock’s 50-day moving average is about to break above the 200-day measure, a potentially bullish signal.

Impala does face headwinds. The biggest union in South Africa’s platinum industry has demanded wage increases of as much as 48% from the company and fellow producers such as Anglo American Platinum  and Sibanye Gold, which could drive up costs at the mines they operate in the country’s “platinum belt” concentrated around Rustenburg, northwest of Johannesburg.

And there are signs that the gains in the miner known as Implats may be excessive. Its 14-day relative strength index has climbed above 70, a level that suggests to some technical analysts that the rally may be overdone for now. Analysts’ projections of where Impala’s shares are heading differ widely, data compiled by Bloomberg show. There are six buys, two holds and two sell recommendations on the world’s second-largest platinum producer, with target prices ranging from as low as R18.50 at JPMorgan to R141 at Noah Capital Markets Impala traded at R68.95 on Tuesday.

“Implats has a little further to rally, but most of the running has been done,’’ said Rene Hochreiter, an analyst at Noah Capital, who has a buy recommendation on the stock. “My concern is that costs remain stubbornly high at Impala Rustenburg and any deterioration of the efficiency of that operation will negatively impact the overall Implats performance, as Impala Rustenburg affects Implats’ bottom line the most of all.”