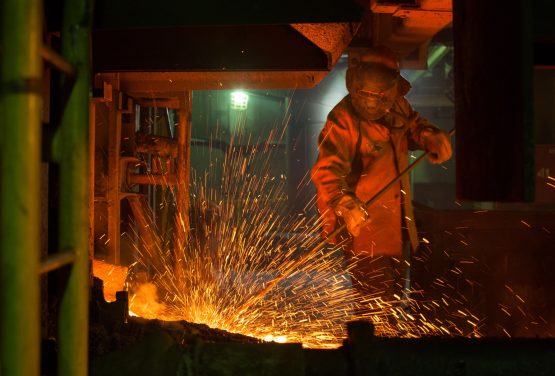 Palladium’s great start to the year pales in comparison to its lesser known, but much more expensive sister metal, rhodium.

Rhodium — mainly used in autocatalysts and five times more costly than gold — surged 31% already this month, touching the highest since 2008. Stricter emissions rules have fuelled a multiyear rally and there’s speculation that investors are also jumping in, betting that prices will climb toward a record.

Rhodium rallied 12-fold in the past four years, far outperforming all major commodities, on rising demand from the auto sector. Like palladium, the metal is mined as a byproduct of platinum and nickel, but it is a much smaller market and so is liable to big price moves when supply or demand changes. Rhodium was at $7 925 an ounce by Monday, according to Johnson Matthey. This month’s gain also came after investors turned to precious metals, seeking a haven from Middle East tensions and pushing palladium up about 9%. 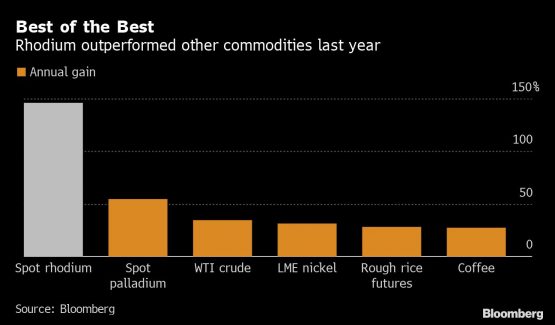 “The main driver by the beginning of January was physical demand from Asia, which might be also automotive related,” said Andreas Daniel, a trader at refiner Heraeus Holding GmbH. “Buying triggered more buying and in an unregulated market the effect was massive, with a price move which is only seen maybe every 10 years.”

Demand cooled late last week, according to Daniel. Prices hit $8,200 on Wednesday, before retreating a bit in the following days.

Although pullbacks are possible this year, rhodium could top the record $10,100 set in 2008, according to Afshin Nabavi, head of trading at refiner MKS PAMP Group in Switzerland. Still, those lofty prices a decade ago prompted autocatalyst makers to switch to platinum and palladium, which are also used for cleaning emissions. It’s much harder to invest in rhodium than in other precious metals. It isn’t traded on exchanges, the market for bars or coins is tiny compared with gold or silver and most deals are between suppliers and industrial users. Global production is equal to little more than a 10th of platinum or palladium output.

Higher rhodium prices are good news for South African producers, which account for more than 80% of global output. Gains in platinum-group metals and a weak rand helped a stock index for the nation’s miners to triple in the past year, reaching the highest since 2011.

But South Africa’s dominance also means production risks hang over the market. Power shortages last year temporarily interrupted some mining operations and there have been long mine strikes in previous years by workers wanting higher pay. Platinum is ridiculously under valued