‘They told us they hate Africans’: Hundreds detained, deported from Abu Dhabi 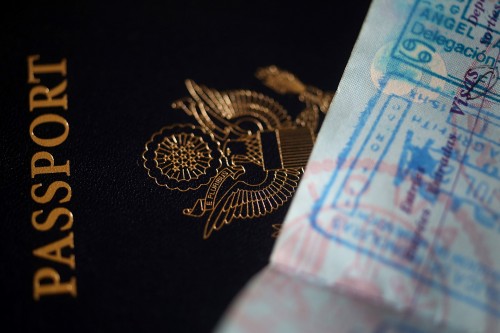 Kabirat Olokunde, a Nigerian migrant worker, planned to spend her birthday with friends in the city of Abu Dhabi. Instead, she turned 28 in a frigid prison cell, one of about 700 Africans imprisoned by Emirati authorities.

In unparalleled mass arrests, the workers were jailed with “no legal justification” on the night of June 24-25, and later started being deported, said ImpACT International for Human Rights Policies and the Euro-Mediterranean Human Rights Monitor.

“I celebrated my birthday in chains, with no mattress,” Olokunde said by phone from the Nigerian city of Lagos, where she was deported on Aug. 3 without access to her belongings.

“I still have the trauma in me,” added the single mother, who is now jobless after working as a bus attendant and caretaker in Abu Dhabi, a regional trade and tourism hub that is part of the United Arab Emirates (UAE).

In an Interior Ministry statement on Friday, the UAE said it had detained 376 men and women for offences related to human trafficking, “extortion, assault, and acts contrary to public morality”.

It said most of them were deported, but another 50 remained in prison due to a lack of travel documents.

The Abu Dhabi government communications office and the Nigerian embassy in Abu Dhabi did not respond to requests for comment on the rights groups’ report.

Human rights groups have previously documented the imprisonment of hundreds of activists, academics and lawyers in the UAE, often following unfair trials on vague charges. The UAE has dismissed those accusations as false and unsubstantiated.

The UAE is home to nearly 10 million people, more than 80% of whom are expatriates who send remittances home to their families, according to the United Nations.

Workers from developing countries often live in shared residencies in Abu Dhabi with separate wings for different nationalities, like La Gym, where Olokunde was arrested.

African and Asian workers have highlighted stigmatisation and racism in the past, but the two rights groups said the June raid was a marked escalation.

“The scale of this racially motivated deportation is completely unprecedented,” said Michela Pugliese, a migration researcher at Euro-Med Monitor.

“The victims and other migrants who aspire to work safely in the UAE have had this right unjustly revoked. Its consequences will be felt for years to come.”

The investigation, based on interviews with more than 100 migrant workers, found that Abu Dhabi’s Rapid Intervention Forces (SWAT), Criminal Investigation Department and police carried out mass arrests in at least four apartment buildings.

The subsequent forced deportations were illegal, Pugliese said, as many of the workers had valid residency permits and work visas and were denied due process or access to their personal property.

Friday’s interior ministry statement said the deportations were conducted “in accordance with legal procedures” and with the knowledge of the workers’ home countries.

Olokunde said she was arrested in shorts and a bra, and was not allowed to dress before being transported to the jail.

When she and other women went on a hunger strike to demand justification for their arrest, they were chained for seven days, including her birthday, Olokunde said.

Two workers who spoke to the Thomson Reuters Foundation said they slept on the floor in large, group cells, but were not given masks to protect against Covid-19 infection.

In jail, the report said, detainees were denied access to health care and sanitary pads while women had their periods.

The rights groups said detainees were not granted access to lawyers or told why they had been arrested – but some were indirectly accused of prostitution, which is a crime in the UAE.

During her single, brief interrogation, Olokunde said she was asked, “How much do you charge for a massage?”

According to Human Rights Watch (HRW), migrants are entitled to challenge their arrest in their country of residence.

“The abuses outlined demonstrate that migrants have had their rights to due process violated, and their detention conditions could amount to ill-treatment,” said Rothna Begum, HRW’s women’s rights researcher in the Middle East.

“It is horrific that the UAE authorities appear to be conducting a secret campaign of mass arrests of African migrants, without any clear legal basis for such arrests or detention,” she added.

Kenneth Rubangakene, a 31-year-old Ugandan clerk who had lived in Abu Dhabi since 2017, also said he was taken from his La Gym apartment to prison.

He said guards scanned his fingerprints and retinas without explanation, chained his hands and feet for three days, and imitated the sound of a couple having sex, asking if he had ever heard that noise at La Gym.

He was deported from Dubai International Airport on July 29, according to a printed booking confirmation that Rubangakene shared with the Thomson Reuters Foundation, which he said was given to him by prison guards.

“It was so shameful at the airport. You are arriving in a prison uniform, in prison sandals,” he said.

The Ugandan embassy in Abu Dhabi did not immediately respond to a request for comment.

Rubangakene said he has about 6 000 dirham ($1 634) stuck in a bank account in the UAE that he cannot access, as his bankcard – along with teaching certifications he would need to apply for new jobs – all remained in his room.

“I came back with nothing. I’m starting from zero,” he said.

I don’t care how beautiful and modern this place is, it’s one country I will never visit. One minute you’re walking down the street the next you’re in a jail cell for no reason or you touch your girlfriends hand in public the next thing you know you’re in jail. What a disgusting place, a 2000 year old mentality in a modern city, what a mess, where they treat women like garbage…no thanks, not on my radar of places to visit.

Of course they are all innocent ne !!

Hmmm …. when cheap imported labour becomes too visible on the streets. No outcry from the usual suspects in the woke community though.

This has nothing to do with racism.

Arabs and people of colour can’t be racist. That’s only reserved for white people.
…. Heard some lady say it on CNN.

If anyone is in a foreign country, irrespective of being “African”, if you there illegally or overstayed your time, not only should you be deported you should have an international ban for any future travel. Period

If you have not broken the law, in this case Abu Dhabi then the UAE should be taken to task and found guilty of inhumane behavior by the UN and other institutions. Including sanctions. Period!

Any country has the right to kick out anyone who violates the laws under which that person was admitted. This thing that is happening in South Africa is nonsense, where people are three, four years into overstaying their admission permit as a visitors. They are conducting businesses, and all manner of other affairs. So, if Dubai intends to reduce length of stay, and expel those that it deems undesirable that is their business.