Top iron ore forecaster says prices will sink back below $50 Iron ore is destined to retreat back below $50 a metric ton next year as supplies go on rising, according to the top forecaster, who warned that weakening prices will probably encourage the sale of inventories.

The raw material will drop to average $62 in the third quarter and $59 in the final three months of this year before falling through 2018 to a low of $41, said Justin Smirk, senior economist of Westpac Banking Corporation. Westpac placed first in predicting prices in the first quarter, according to data compiled by Bloomberg.

Iron ore was whipsawed last week after hitting a near six-month low as investors weighed signals of strength in the largest user China, including steel output at a record in March, against prospects for rising supply. Top miners including Brazil’s Vale are bringing on new capacity, bolstering seaborne sales, at the same time that miners in China have been reviving production. Smirk said that there’d been a huge ramp-up in Chinese supply.

“As supply builds up and prices come off, people will begin to question the wisdom of holding on to inventories,” Smirk said in a phone interview on Friday. “The signs are now pushing in one direction: while we’ll get some volatility, the momentum is just on a downward trend now.”

Spot ore with 62% in Qingdao fell 2.5% to $66.53 a dry ton on Monday following a volatile week, according to Metal Bulletin. The commodity — which hit $94.86 in February — averaged $86 in the first three months and $72.32 this quarter. Futures in Dalian and Singapore fell, with the SGX AsiaClear contract as much as 3.9% lower.

The outlook from Sydney-based Westpac — which also placed first for forecasting base metals — contrasts with Australia & New Zealand Banking Group’s view prices will settle between $70 and $80 over the rest of this year. Many other banks are pessimistic, including Barclays Plc, which said in a note on Monday that while iron ore may recover in the short term, it’ll slump toward $50 by the fourth quarter as fundamentals deteriorate.

Goldman Sachs Group attributed iron’s recent drop to mills destocking, traders being forced to sell holdings as prices began to fall, as well as a decline in steel margins, according to an April 20 report. Earlier this month, the bank flagged prospects for iron ore weakness in the second half.

Among reasons cited by bears for a weaker outlook is the potential for more supply, both from mines in China and overseas. Mainland miners boosted production 16% in the first three months of 2017, official data showed. In Brazil, Vale posted record first-quarter output as the world’s largest shipper started exports from its $14 billion S11D complex.

On Monday, Anglo American added to the picture of rising global production, saying output rose 21% to 14.8 million tons in the three months to March 31. Operations at its Minas Rio project in Brazil are ramping up toward a target of 26.5 million tons a year, the London-based company said in a statement.

Steel prices in China have been dropping, with the spot price of hot-rolled coil down almost 20 percent this year, according to Beijing Antaike Information Development Company. “We’ve also seen steel prices tipped over and margins of steel mills being compressed,” said Smirk. “The whole demand-driven supply shortage late last year that boosted Q1 has actually been reversed.”

There are tentative signs the stockpiles at China’s ports may be starting to be sold off, according to Smirk. After peaking at 132.5 million tons on March 24, holdings have dropped for four weeks, the longest streak since September, according to Shanghai Steelhome E-Commerce Co.

“If inventories were unwound and dumped onto the market, there’s a greater momentum for the downward side,” said Smirk, who’s tracked commodities for more than a decade. “That would be a very nervy sign for the market.” 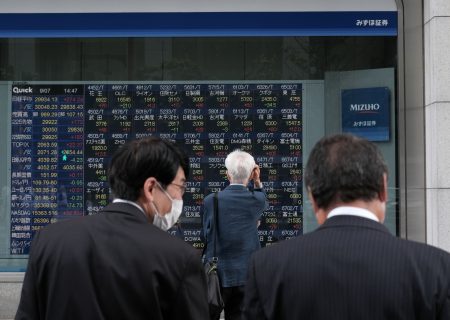 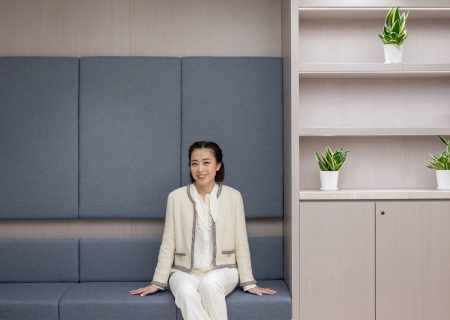